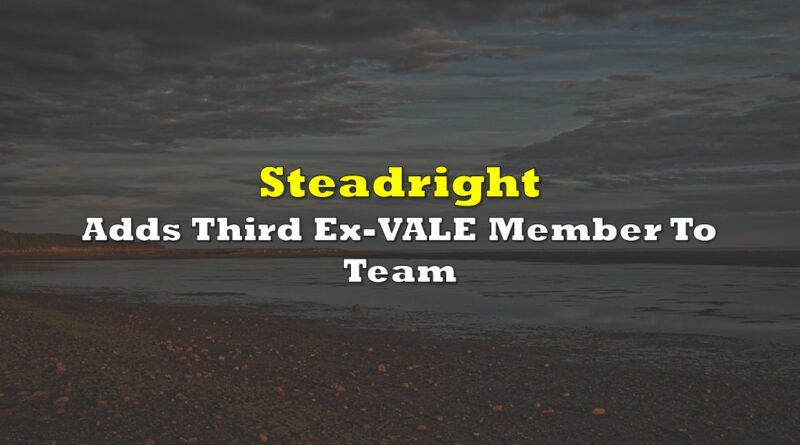 Steadright Critical Minerals (CSE: SCM) continues to add bench strength to its technical and advisory teams. The company this morning indicated that it has added Alan King to its team, in the role of technical advisor for geophysics.

Highly regarded in the exploration industry, King retired from VALE in 2012, where he held the role of chief geophysicist for VALE Global Exploration, after having joined the company via the firms purchase of INCO Exploration, where he served for sixteen years. In the time since he has served as an independent consultant throughout the industry.

The appointment follows Robert Palkovits, VP of Exploration for Steadright, joining the company. Palkovits, whom joined the company in November, previously worked for VALE for three decades, of which the last fifteen were spent in the role of Chief Geologist in Sudbury at the Creighton, North and Garson Mines, as well as in the Strategic Studies Group.

Other recent appointments include Brent Rochon to the Board of Directors. Rochon retired from VALE in 2021 after spending over two decades in the role of VP of Marketing for both copper and nickel.

“I have always enjoyed collaborating with Alan during our time at INCO and VALE, he was always ready to respond to our needs and helped develop strategies to optimize our programs and budgets. He was very professional in providing geophysical support to the mining operations including BHEM, RIM, optical and acoustic televiewer, full waveform sonic, and seismic tomography surveys that were successful in finding new orebodies and delineating more ore. I know Al will bring that same engaged personality to the table every time, and it will be exciting to be on the same team once again,” commented Palkovits on the appointment of King.

Steadright Critical Minerals last traded at $0.30 on the CSE.

FULL DISCLOSURE: Steadright Critical Minerals is a long investment of Canacom Group, the parent company of The Deep Dive. Not a recommendation to buy or sell. We may buy or sell securities in the company at any time. Always do additional research and consult a professional before purchasing a security. 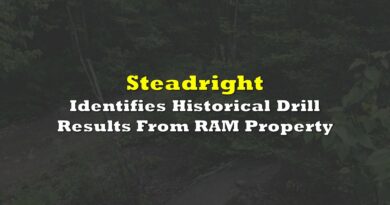