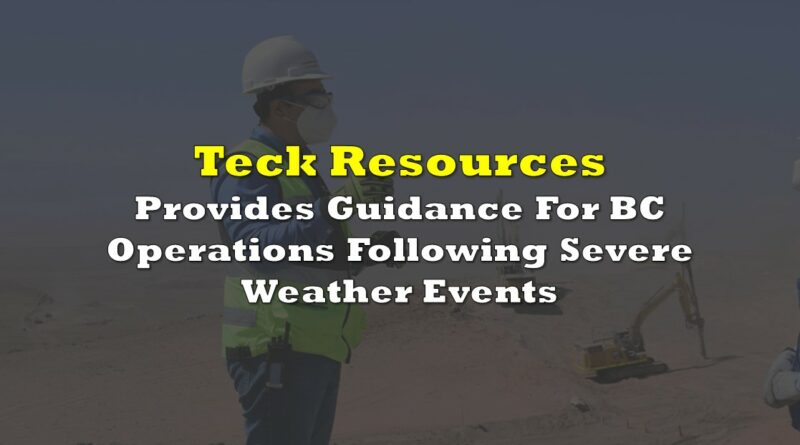 Teck Resources (TSX: TECK.A) provided an update to the ongoing impact of severe weather events in British Columbia early this morning. The firm continues to be impacted by ongoing rail service challenges following numerous wash-outs in the region, however the firm appears to be managing the ordeal relatively well.

The largest impact to Teck’s operations is found in its steelmaking coal sales, with the firm anticipating to sell between 5.2 million and 5.7 million tonnes of coal this year, compared to prior guidance of 6.4 million to 6.8 million. The firm was reportedly able to redirect some shipments to other terminals to lower the impact of the events.

Transport costs are meanwhile expected to rise to $44 to $46 per tonne, an increase from prior guidance of $42 per tonne.

From a financial perspective, the company has indicated that the increased costs are expected to be “more than offset” by strong pricing in steelmaking coal targets. Pricing is currently at US$371 per tonne, compared to US$203 per tonne at the end of August and US$117 at the end of May.

Delayed fourth quarter sales are expected to be recovered in H1 2022 once rail service is restored fully.

Teck Resources Class B stock last traded at $33.05 on the TSX. 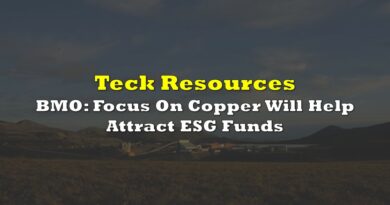 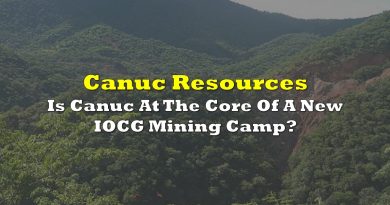 Is Canuc Resources At The Core Of A New IOCG Mining Camp? 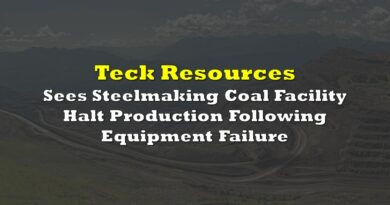