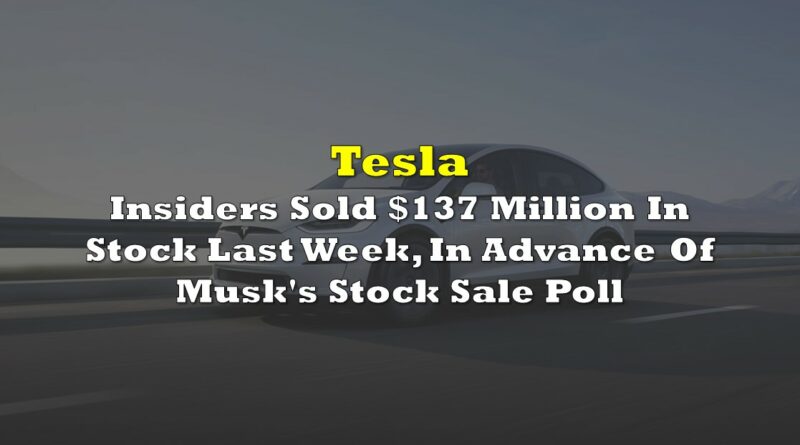 It appears that Elon Musk is not the only insider looking to cash out on Tesla (NASDAQ: TSLA) as of late. As it turns out, his brother, Kimbal Musk, whom is also a director of Tesla, happened to sell millions of Tesla stock the day before Musk’s own “pre-announcement.”

Yesterday, Elon himself put out a Twitter poll, commenting on the hot topic of taxes and how it relates to his own position in the company he took over years ago. He comments, “Much is made lately of unrealized gains being a means of tax avoidance, so I propose selling 10% of my Tesla stock. Do you support this?”

The expert marketer put it out to the Twitterverse as a poll, commenting that he will “abide by the results.” Effectively, placing his stock sale transactions in the “control of the people” – another means for him to expertly control the narrative surrounding his moves.

Notably, this is also not the first time he’s brought up his share sales as of late, which is clearly on his mind. Last week, he offered to sell $6.0 billion in stock if the United Nations can prove that it would solve world hunger, once donated.

While he is busy controlling the narrative on “Musk stock sale” web searches, his brother, Kimbal, seemingly has again hit the cash out button. On Friday, Kimbal sold a total of 88,500 shares in Tesla, at prices between $1,223 and $1,236. In total, he raked in gross proceeds of $108.8 million from the transactions.

But that’s not the only director cashing in on the recent euphoria surrounding the company. Company Chair Robyn Denholm also took some chips off the table last week, selling on Monday a total of 25,000 shares of the company at prices between $1,130 and $1,147. She saw gross proceeds of $28.5 million from the sale.

Collectively, Tesla has seen investors soak up $137.3 million in insider sales over the course of the last week. If the current status of the Twitter poll is any indication, insider selling is to continue throughout the month, so that Musk can “pay taxes personally.”

This, of course, is entirely unrelated to the 22.9 million options he holds in Tesla that must be exercised before they expire on August 13, 2022. 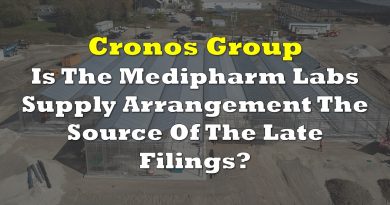 Is The Medipharm Labs Supply Arrangement The Source Of Cronos’ Late Filings? 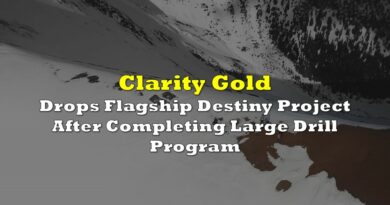 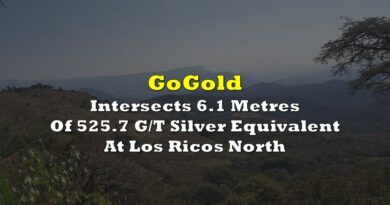