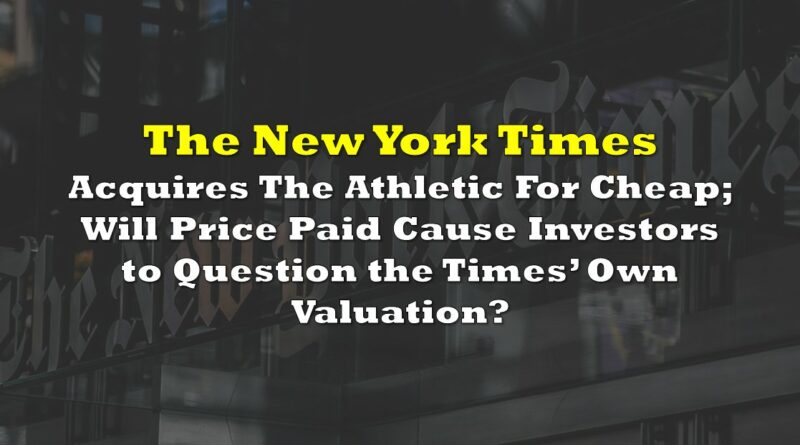 On January 6, The New York Times Company (NYSE: NYT) agreed to purchase The Athletic, a subscription-based sports news service that provides ad-free sports coverage, for US$550 million in cash. The transaction is expected to close by the end of 1Q 2022.

The Athletic, a money-losing private company that was founded about six years ago, has been shopping for a takeover bid for some time. Reportedly, the sports journalism company had also been engaged in talks with Axios and the sports betting companies DraftKings Inc. (NASDAQ: DKNG) and FanDuel.

The Athletic has about 600 employees, including about 450 journalists and editors deployed across the U.S. and the UK. It produces high-quality, long-form articles for sports enthusiasts. The Athletic raised about US$140 million in total as a private company  Its last raise in January 2020 implied a total company value of around US$500 million.

Perhaps most importantly, The Athletic has a subscriber base of about 1.2 million. This implies an accepted takeover price of around US$460 per subscriber.

Comparatively, The Times boasts a paid subscriber base of 8.4 million, 7.6 million of which are digital only. Furthermore, the Times has stated that it wants to reach 10 million paid digital subscriptions by 2025, so The Athletic transaction by itself will get it close to that goal. This of course assumes that The Athletic subscribers stay on regardless of any changes that may occur as a result of the merger.

The key issue regarding the transaction for The New York Times shareholders is that the Times is valued at an enterprise value of about US$800 per subscriber. The question then becomes whether it negotiated a very attractive price (~US$460 per subscriber) that will lead to earnings accretion in the (near) future for shareholders, or whether a US$800 per subscriber valuation for a news service, however well-informed and well-written, is too robust a figure.

There are of course other variables here. It is possible that The Athletic’s per-subscriber takeover price of US$460 would have been much higher if it had been turning a profit. On the other hand, the company apparently shopped itself to a variety of suitors and, presumably, US$460 per subscriber was the top bid.

In addition, the Times has a spotty M&A history — albeit under a different management team. It bought the Boston Globe in the early 1990s for about US$1.1 billion and sold it 20 years later for just 6% of that purchase price. In addition, the Times purchased the general-interest information site About.com in 2005 for US$410 million and sold it to IAC/InterActiveCorp. (NASDAQ: IAC) in 2012 for about US$300 million.

The New York Times is debt-free and had US$681 million of cash and cash equivalents as of September 26, 2021.  The company’s cash balance will likely be markedly reduced after The Athletic transaction closes, although the Times could choose to finance some of the US$550 million payment with a debt issuance.

The Times generated about US$324 million of adjusted EBITDA over the twelve months ended September 2021. This, together with its current approximate enterprise value (EV) of US$6.7 billion, implies that the Times trades at an EV-to-adjusted EBITDA ratio of around 21x.

The New York Times trailing twelve months adjusted diluted EPS is US$1.25. As a consequence, the stock trades at a P/E ratio of about 35x based on trailing earnings.

The per-subscriber price that The New York Times, which as noted just above trades at healthy valuation ratios, agreed to pay to acquire The Athletic is at a 42% discount to the Times’ per-subscriber market valuation. Ultimately, the deal could be considered a canny low-priced purchase, but we fear that the deal terms could cause investors to begin questioning whether The New York Times should trade at US$800 per subscriber.

The New York Times Company last traded at US$42.71 on the NYSE. 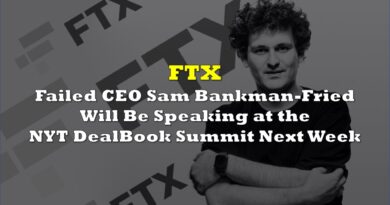 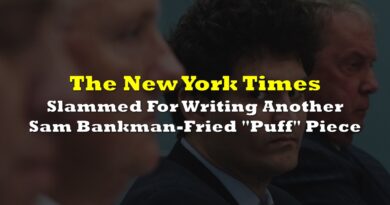