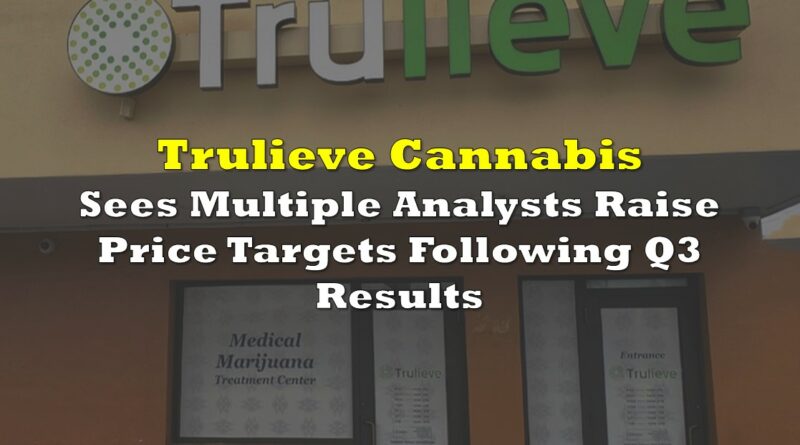 Numerous analyst have adjusted their price targets following the financial reports, including:

Canaccord Genuity’s Derek Dley says, “We are reiterating our SPECULATIVE BUY rating and increasing our target price to $60.00 (from $51.00 previously) following the release of strong Q3/20 earnings results.”

Dley believes that Pennsylvania will be a strong growth market for Trulieve in 2021 and believes that the state will legalize adult-use cannabis in the next 24 months. He expects Trulieves capital expenditures to remain high going into 2021, “as Trulieve invests in infrastructure to really push growth in these markets.”

He ends his note by saying, “we believe the stock is attractive for investors looking for cannabis exposure to a high-quality operator with a proven ability to generate strong EBITDA and profitability.”

Canaccord revised estimated in connection with the price target adjustment, as seen below.

Onto PI Financial’s note where they increased their 12-month price target to C$50 from C$42 and reiterated their buy rating. Trulieve beat PI Financial’s revenue and adjusted EBITDA estimate of $127.5 million and $53.5 million, respectively.

Jason Zandberg, PI Financial’s cannabis analyst, says that “Testing bottlenecks actually slowed down growth in Florida.” Management noted that testing was backlogged in the third quarter. Trulieve said they had 600k units waiting to be tested.

PI Financial has updated their full year 2020 and 2021 estimates to include contributions from Pennsylvania and has kept their Florida estimates the same. He adds that they have not factored in any revenue from West Virginia. PI Financial now forecasts revenues to be $506.3 million and $691.9 million for 2020 and 2021. Their EBITDA forecast is now $239.1 million and $302.9 million for 2021 and 2021.

Partheniou says that, “PA assets double our previous sales estimate.” With Trulieve announcing that their Pro-forma revenue was $155 million, he infers that Pennsylvania’s run rate is currently $75 million, “roughly double our previous expectations.” He adds that between the EBITDA-based earn out’s and the appealing valuation of the purchase price, it suggests “relatively low profitability levels for PA operations with rising vertical integration presenting a catalyst for growth.”

Partheniou says that the “M&A environment looks increasingly favourable,” as smaller private companies may be looking for larger peers to gain access to better and quicker capital and resources. Andrew adds that TRUL might be pursuing further M&A and cites Trulieve’s $190 million of dry powder. 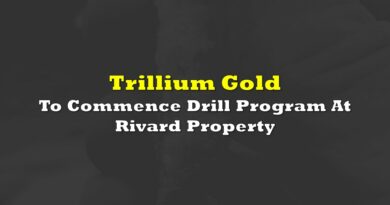 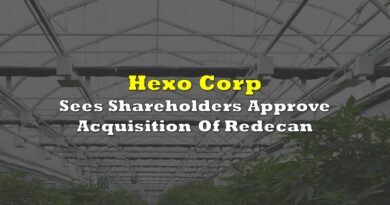