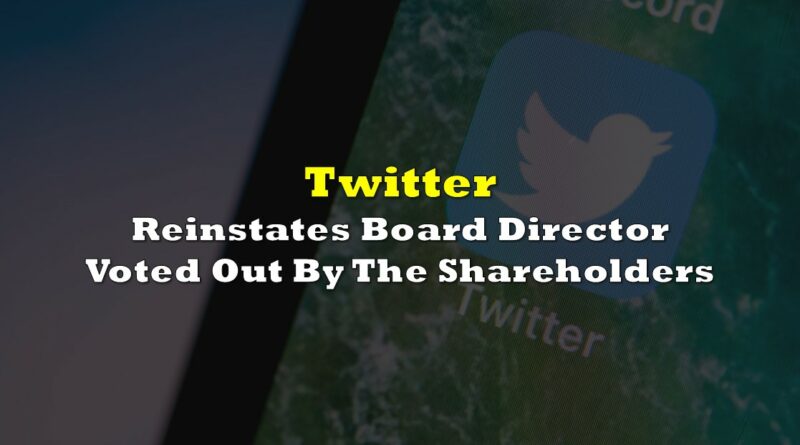 Twitter (NYSE: TWTR) announced that it will keep one of its directors on the board even after he was voted out by the company’s shareholders in the recent annual shareholder’s meeting.

Silver Lake co-CEO Egon Durban did not receive a majority of the stockholder vote for his reelection to the board at the annual meeting of stockholders held on May 25, 2022. Out of the 602.9 million shares voting, representing 78.95% equity, Durban only garnered 32.6% of the votes in favor of his keeping the board seat. As per the company’s corporate governance guidelines, Durban tendered his resignation after his failed election.

Apparently, this still has to be accepted by the board. A day after the vote, the board did not accept the resignation, effectively keeping Durban on the board for the full term until 2025.

The nine-man board said it has acted upon the recommendation not to accept the resignation from the company’s Nominating and Corporate Governance Committee–a committee that Durban is a part of. But the company clarified that Durban wasn’t part of the committee’s deliberations regarding his election to the board.

Nevertheless, the socmed giant’s board acknowledges the probable reasons why Durban was voted out by the stockholders, including his board seat in six other publicly traded companies.

The nominating committee, however, considered the agreement between Twitter and Silver Lake in which the latter has the right to designate one nominee to the board. Durban also agreed to reduce his board service commitment “to no more than five public company boards by May 25, 2023.”

“The Board considers Mr. Durban a highly effective member and believes that he brings to the Board an unparalleled operational knowledge of the industry, a unique perspective, and an invaluable skill set and experience with mergers and acquisitions. The Board noted that Mr. Durban has strengthened its ability to oversee the Company’s long-term value creation strategy and effectively govern its implementation,” the company said in its SEC filing regarding the voting results.

Durban has been a member of the board of directors since March 2020, after Silver Lake made a US$1 billion investment into the social media company.

Among the other proposals approved by the stockholders at the meeting include the compensation of the company’s named executive officers, the appointment of PricewaterhouseCoopers as the firm’s accounting firm, issuing reports on risks of the use of concealment clauses, and disclosing electoral spending report.

The annual stockholders’ meeting also saw the exit of co-founder and former CEO Jack Dorsey from the board.

Information for this briefing was found via NBC News, Business Today, CNN, and the companies mentioned. The author has no securities or affiliations related to FlowCarbon. Not a recommendation to buy or sell. Always do additional research and consult a professional before purchasing a security. The author holds no licenses. 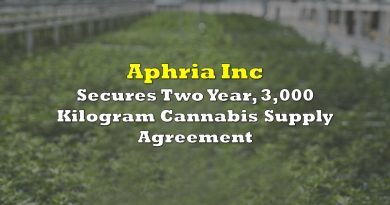 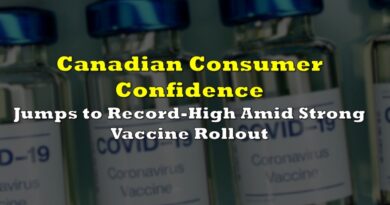 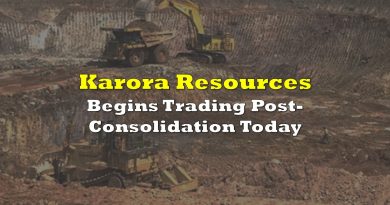