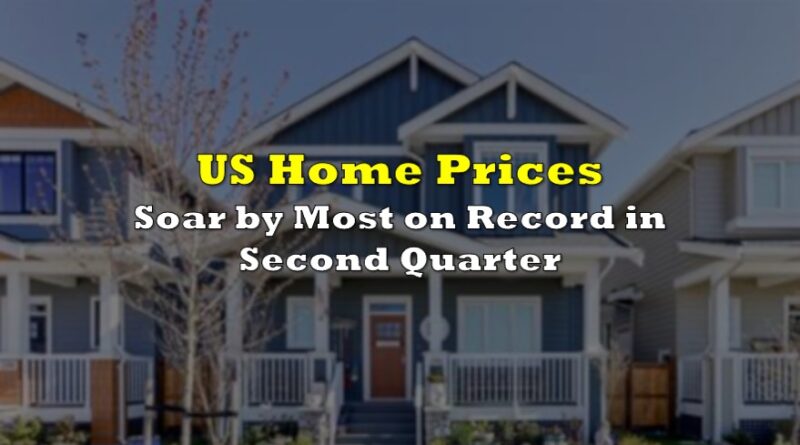 Home prices across the US skyrocketed by the most on record once again, as potential homebuyers embarked on bidding wars in a scarce market.

According to a report published by the National Association of Realtors on Thursday, the median price of an existing single-family dwelling soared 22.9% year-over-year in the second quarter to $357,900— the sharpest increase on records dating back to 1968. The association added that 182 of the 183 metro areas across the US all noted higher prices, with 94% of them reporting price increases in excess of 10% compared to the previous year.

Historically low mortgage rates, coupled with remote work flexibility, have sparked a sharp increase in demand, which has sent housing prices to new highs over the past year. Simultaneously, the supply of homes on the market has receded, forcing potential homebuyers to embark on bidding wars, spurring prices even higher. This has left other potential homebuyers priced out of the market, as sales have fallen for the fourth consecutive month in May.

Indeed, lack of affordability in the housing market will likely become even more pronounced, especially as mortgage rates increase. According to Freddie Mac, the average rate on a 30-year loan rose from 2.77% to 2.87%, the highest since July 15. Mortgage rates tend to track the yield on the 10-year Treasury, which has risen over the past week. 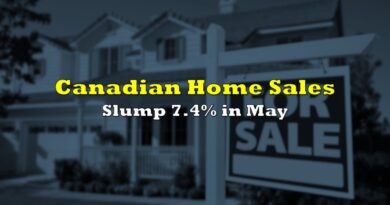 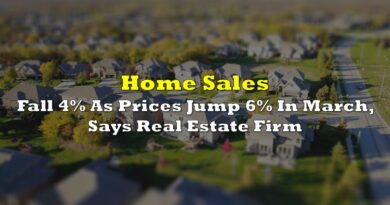 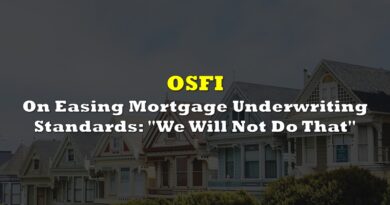 OSFI On Easing Mortgage Underwriting Standards: “We Will Not Do That”