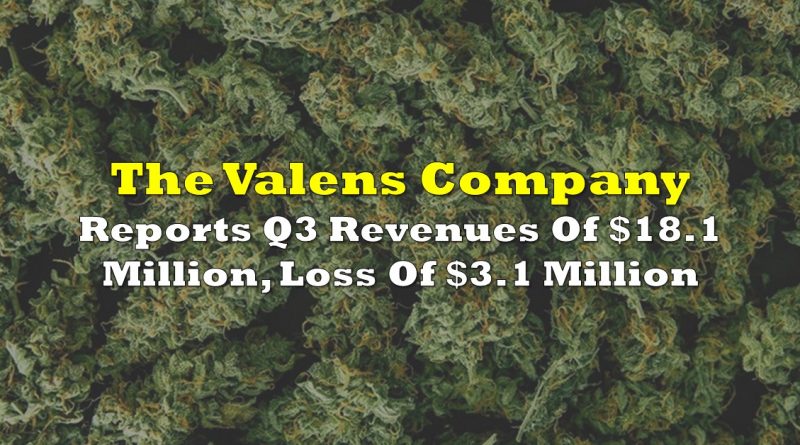 The Valens Company (TSX: VLNS) reported its third quarter financial results for the period ended August 31, 2020 this evening, reporting net revenues of $18.1 million along with a net loss of $3.1 million. Revenues increased 2.84% on a quarter over quarter basis, as well as 10.13% on a year over year basis.

Drilling down into the revenue figures, toll processing and co-packing saw revenues tick sharply down, falling from $7.3 million in the second quarter to $2.6 million in the third quarter. To counteract this fall, product sales, which includes white label arrangements, rose from $9.9 million to $15.0 million. Analytical testing meanwhile stayed flat at $0.4 million in revenues. The company guided within the associated press release that it expects product sales to continue to climb into the fourth quarter.

Cost of sales during the quarter amounted to $10.3 million, while writedowns of $0.5 million were also factored into the equation before the company posted its gross profit, which came in at $7.3 million.

While revenues were up on a quarter over quarter basis, so to were expenses which grew from $10.0 million in the second quarter to $10.7 million in the third quarter. Depreciation and amortization was the largest expense at $2.6 million, followed by wages and salaries and share based payments at $2.4 million and $1.6 million respectively. This, combined with other expenses of $0.2 million, lead to an after tax loss of $3.2 million for the company in the third quarter.

Looking to the balance sheet, Valens saw its cash position fall from $36.6 million to $30.3 million over the three month period. Trade and other receivables was relatively flat, falling from $35.0 million to $34.5 million, with current receivables representing roughly two full quarters worth of revenue. Inventory also fell from $28.2 million to $23.5 million. Total current assets fell overall during the quarter, from $119.5 million, to that of $105.8 million.

In terms of liabilities, accounts payables fell significantly, dropping to $13.8 million from $20.8 million. All other liabilities stayed relatively unchanged over the course of the quarter, with current liabilities dropping from $29.0 million to $22.3 million overall.

The Valens Company last traded at $1.72 on the TSX. 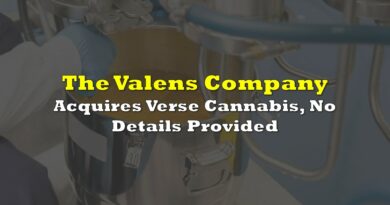 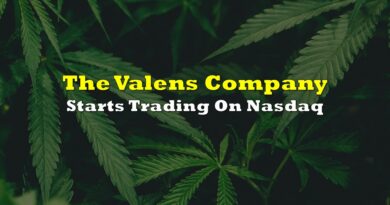 The Valens Company Starts Trading On The Nasdaq 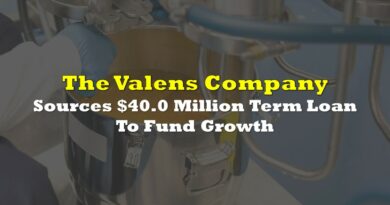