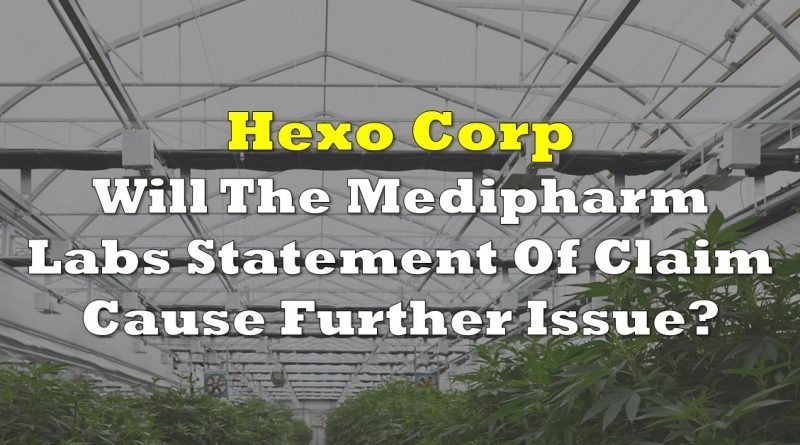 It’s been revealed today by that of BNN Bloomberg that Medipharm Labs’ (TSX: LABS) statement of claim has in fact been filed against Hexo Corp (TSX: HEXO) (NYSE: HEXO). The claim, which is in excess of $9.8 million, is related to concentrate product that was delivered and never paid for, as well as for unpaid deposits due at the start of each month.

The original agreement, entered into among Medipharm Labs and the now-acquired Newstrike Brands, was for a one year period that consisted of a total $35 million in cannabis concentrate sales. At the time of the agreement, Medipharm referred to Newstrike simply as a “leading licensed producer” and refused to say the firms name. It’s questionable why the small producer entered such a large agreement, with the firm seeing revenues of under $9.0 million for the entire fiscal and calendar year of 2018.

With Hexo acquiring Newstrike last year, the burden of the massive contract was now on the Quebec-based cultivator. However, it appears the firm no longer had a means to pay what was due, despite conducting multiple raises through December and January which total out at more than C$159.0 million.

The Newstrike acquisition has been troubling for that of Hexo Corp, and is perhaps the firms largest blunder of all. First, was the guidance miss for the fourth quarter of 2019, with the firm missing by upwards of 40% of the initial projection, followed by the rescinding of 2020 guidance of $400 million in revenues. Then, was the layoffs and idling of Newstrike facilities due to a lack of market demand for cannabis. Next, was the mid November revelation amid a $70 million raise that the company had been growing illegal product in a former Newstrike Niagara facility until the end of July.

Now, the Newstrike acquisition has resulted in Hexo potentially defaulting on one of its significant loans. As per a loan agreement filed by Hexo Corp on February 25, 2019 in relation to the firms loan with CIBC and Bank of Montreal for $65 million, Hexo Corp is considered to be in default with the loan if it receives a judgement against the firm in excess of $2.5 million. It’s also considered an event of default if any asset valued in excess of $2.5 million is seized on the behalf of a credit party, or any related lien is enforced on the firm.

If found to be in an event of default, Hexo may be required to repay any debt to the lenders immediately – which could be disastrous for the company. Further, it creates even further risk for the firm in that it will likely be shut out from making further loans from financial institutions due to its potential history of defaulting on loans. All of which could have been avoided had the transaction with Newstrike not occurred.

As it stands, Hexo has yet to respond to the statement of claim filed by Medipharm Labs to the best of our knowledge. The claim was filed this morning with the Ontario Superior Court in London, Ontario this morning, so its doubtful that the company has had the chance to provide a sufficient response as of yet.

Information for this briefing was found via Sedar, Medipharm Labs, BNN Bloomberg and Hexo Corp. The author has no securities or affiliations related to this organization. Not a recommendation to buy or sell. Always do additional research and consult a professional before purchasing a security. The author holds no licenses. 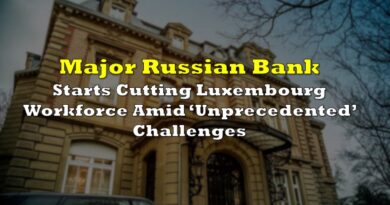 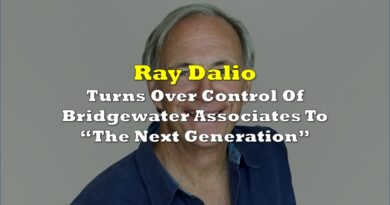 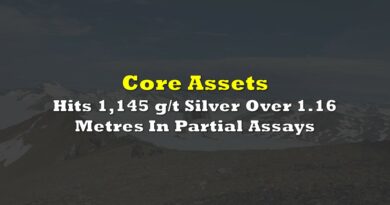