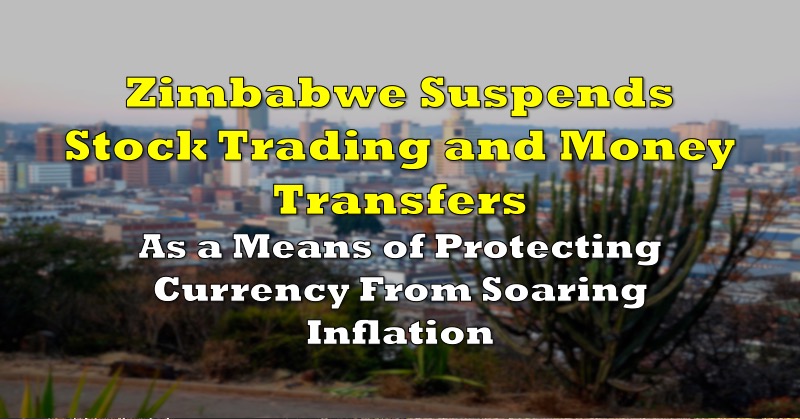 As the coronavirus crisis continues to devastate economies around the world, Zimbabwe is facing its own set of austere problems. Over the weekend, the Zimbabwe government ordered the country’s stock exchange to cease trading come Monday, as well as mandated all mobile money transfer platforms to pause business.

Zimbabwe’s Information Ministry stated that the sudden move comes amid government intelligence determining that mobile money transfer platforms have created an inconsistency between the official exchange rate and the Zimbabwean dollar market exchange rate. According to Information Ministry Permanent Secretary Nick Mangwana, mobile-based phone systems have apparently been illegally colluding with the Zimbabwe Stock Exchange, which has thus put the country’s economy in a further state of crisis.

As outlined by the Zimbabwe government, certain mobile based phone systems have been causing the country’s black market exchange rate to skyrocket; as a result, Zimbabwe’s already fragile economy is put under the additional hardship of soaring inflation and widespread scarcity of food and fuel. As the Zimbabwe dollar collapses, prices of basic goods have been substantially increasing at significant levels each week, which in turn caused an inflation rate of 785.6% in the month of May.

Information for this briefing was found via Bloomberg and Economic Times. The author has no securities or affiliations related to this organization. Not a recommendation to buy or sell. Always do additional research and consult a professional before purchasing a security. The author holds no licenses. 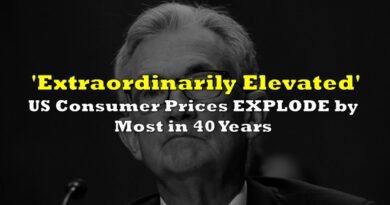 ‘Extraordinarily Elevated’ US Consumer Prices EXPLODE by Most in 40 Years 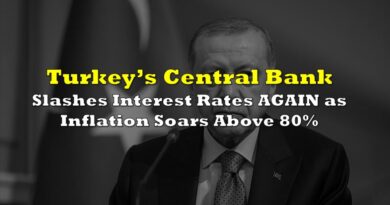 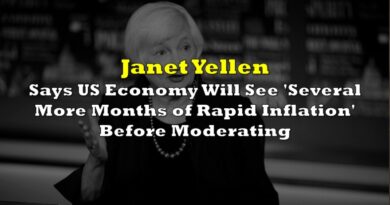