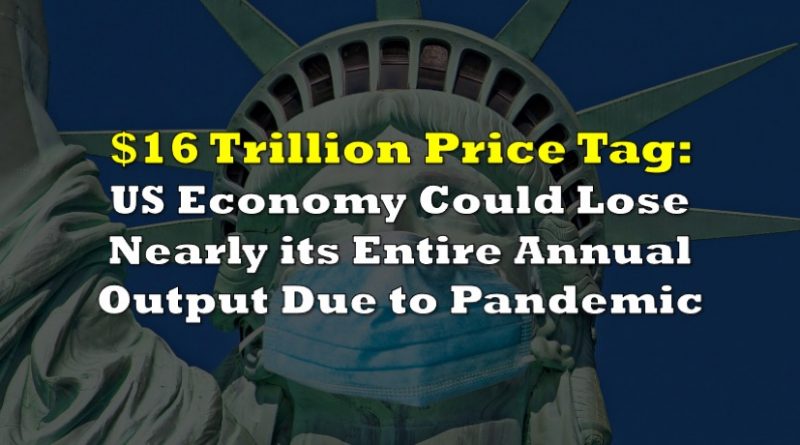 The US economy may be heading towards a significantly worse financial situation than previous estimates had forecasted. Although many recent studies have thus far only assessed the costs of the coronavirus pandemic relative to national GDP levels, a recent paper published in the Journal of the American Medical Association has taken a different, more comprehensive approach to damage calculations.

The paper, which is authored by Harvard University economist David Cutler and former Treasury Secretary Lawrence Summers, has also taken into account the losses stemming from covid-related deaths in addition to just economic costs in order to calculate a more broad damage assessment. As the number of coronavirus infections in the US approach 8 million and the number of deaths have surpassed the 215,000 mark, the researchers concluded that the pandemic will result in approximately a total of 625,000 deaths come next year.

Taking into account the theoretical value of a human life set at $7 million, the researchers estimated that premature deaths stemming from the virus could eliminate almost $4.4 trillion from the country’s GDP. Given that COVID-19 has shown to have adverse long-term health effects, especially among those that had pre-existing conditions prior to infection. Such complications increase the risk of premature death, and ultimately have far greater consequences for the entire US economy. In fact, if the pandemic is not under control come next year, the losses could amount to another $2.6 trillion.

However, even those that are fortunate enough to not contract the virus are still exposed to some form of pandemic affects nonetheless. The paper noted that the suffering endured from the death of loved ones, in addition to the effects of loneliness and isolation increases the likelihood of declining mental health conditions. Such mental health impairment also has a detrimental impact on the US economy, and could result in the loss of another $1.6 trillion in GDP.

The reminder of the economic losses are associated with a decline in household income due to the pandemic-induced recession. The authors pointed to a prior estimate released by the Congressional Budget Office, which forecasts $7.6 trillion in output losses stemming from the pandemic over the span of the next 10 years.

In fact, the economic losses are so extensive, that they amount to “more twice the total monetary outlay for all the wars the US has fought since September 11, 2001, including those in Afghanistan, Iraq, and Syria,” the study finds. The overall cost is estimated to reach in excess of $16 trillion, or roughly 90% of annual US GDP. This ultimately amounts to an approximate loss of $200,000 for a typical family of four. The paper concluded that any forthcoming economic relief should contribute at least 5% for increased contact tracing and testing, as an investment of $6 million could lead to a cost aversion of almost $176 million later on.

Information for this briefing was found via the Journal of the American Medical Association. The author has no securities or affiliations related to this organization. Not a recommendation to buy or sell. Always do additional research and consult a professional before purchasing a security. The author holds no licenses. 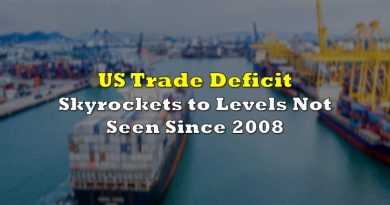 US Trade Deficit Gap Skyrockets to Levels Not Seen Since 2008 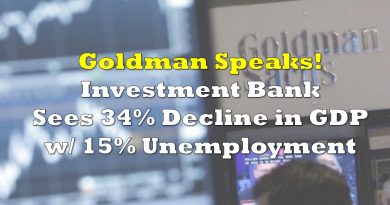 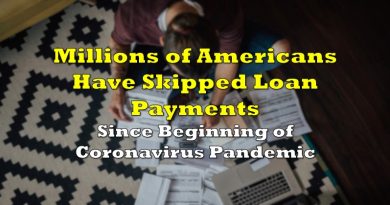 Millions of Americans Have Skipped Loan Payments Since Beginning of Pandemic