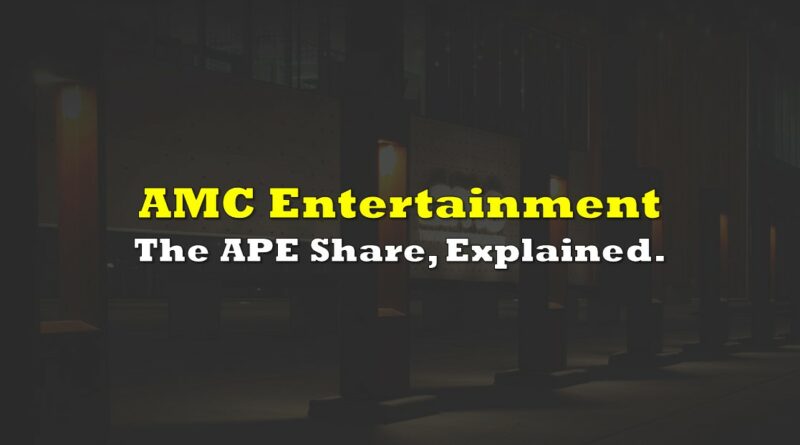 Last week, AMC Entertainment (NYSE: AMC) revealed that it would be conducting a special dividend of what it refers to as a preferred equity unit. The unit, which is expected to be paid out on August 19, is set to trade on the New York Stock Exchange alongside AMC shares, under the symbol “APE.”

And that’s where the confusion started.

If one thing has become clear amongst AMC shareholders over the course of the last week, it’s that the majority of investors simply do not understand what this unit is, or the implication of it. So let’s walk through it.

How do I get these APE shares?

First, the company is treating the preferred equity unit as a dividend. Unlike a stock split which would provide shareholders with another share of AMC, or a traditional dividend that results in a cash payment, this instead will provide shareholders with one APE share for every share of AMC held as of the record date, which is set as the close of business on August 15.

In simple terms, if you hold AMC shares as of the close on August 15, and hold those shares until the ex-dividend date, you will receive one APE share for each AMC share you hold. Shareholders should expect to receive their APE shares after markets close on Friday, August 19, with the company to begin trading on an ex-dividend basis August 22.

What is a preferred equity unit?

However, AMC is treating its preferred shares slightly differently. As per the filing made by the company in connection with the announcement, “Each AMC Preferred Equity Unit is designed to have the same economic and voting rights as one share of Common Stock.” In simple terms, the preferred units are essentially equal to that of common shares of the company.

Furthermore, the company has stated that each preferred share is convertible into a common share in the future, “if the company proposes and its equity investors so approve.”

So, what’s the point?

This aspect of the dividend, by all accounts, is where the confusion and conspiracy theories come in. Investors focused on memestocks primarily have suggested that it has to do with “roasting the shorts” or dealing with so-called “synthetic” shares, or fighting back against the “hedgies.” Despite that endless charade, the real reason appears to be much more simple – the company even addresses it in the filing related to the announcement.

“Importantly, the AMC Preferred Equity Units will provide AMC with a currency that can be used in the future to strengthen our balance sheet, including debt repayments, and provide capital for shareholder value-enhancing and transformative investment opportunities.”

The short of it, is that AMC has seen its ability to issue more shares blocked by shareholders. At least, as far as its common shares are concerned. Back in July 2021, the company had to backtrack on a plan to issue 25 million shares after shareholders caused an uproar on the potential dilution. The discussion ended with CEO Adam Aron commenting on Twitter that they would be cancelling the vote on more shares, along with any such dilution requests for the remainder of 2021.

And with the ability to issue more shares blocked, and liabilities exceeding assets by a country mile (the company currently has $12.1 billion in liabilities versus $9.8 billion in assets as of June 30), the company was essentially tapped out of money raising options. That is, of course, until the idea of a preferred unit that is effectively equal to (and at some point in the future likely convertible into) a common share came along.

This is where the comment on “a currency that can be used in the future to strengthen our balance sheet,” comes into play. While the company has been stopped from issuing common shares, shareholders might be more welcome to dilution in APE shares, thereby creating the ability for the company to issue shares in exchange for cash coming in the door. Another key aspect of the preferred units is that they do not require the consent of holders to issue additional units.

Despite this, Aron has attempted to claim that this will result in “NO DILUTION from this initial issuance.” Which may be correct on a technical level, because current shareholders will simply receive another share in the company. That dilution simply comes later.

What it really comes down to, is that the preferred share issuance is really a bet by management on retail investors not having the ability to understand that the APE shares are effectively dilution. Or, that issuing preferred shares down the road under a financing will at some point likely dilute AMC shares as well, based on the future plans already broadcasted by the company.

And by all accounts, that bet appears to be correct. Just look at all the retail investors deriding Jim Chanos, whom attempted to educate them on what this preferred equity unit really means.

One thought on “AMC Entertainment: The APE Share, Explained.” 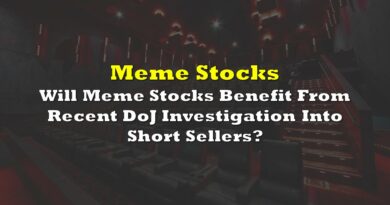 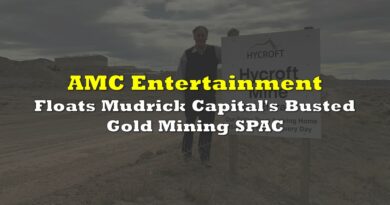 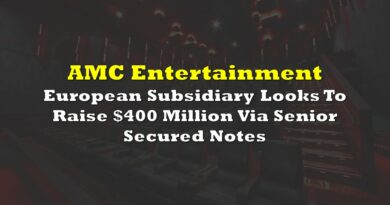