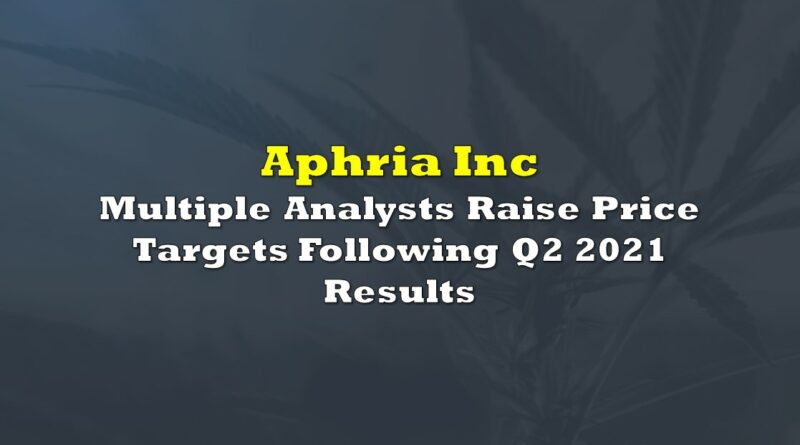 Currently, Aphria has 11 analysts covering the company with a weighted 12-month price target of C$11.85. This is up from the average at the start of the month, which was C$9.96. Two analysts have strong buys, while another six have buy ratings, and three analysts have hold ratings.

Aphria beat Canaccords topline estimate. Bottomley says the beat primary came from initial shipments to its Germany and Israeli partner, while it’s growth in the Canadian adult-use space was a modest 2.1% increase.

Bottomley writes that they believe Aphria trades at a 22% discount to the implied deal price and, “could see continued near-term upside as it closes this gap should overall positive sentiment in the space remain intact.”

Aphria’s adult-use revenue came in below Canaccord’s C$76.9 million estimates. Bottomley says that Aphria noted a slight drag on kilograms sold (0.8%) but had an increase in the average selling price by 3.4%, which basically counteract the drop in kilograms sold.

He says the company now has re-allocated resources to pushing out 3x the amount of pre-rolls they were making at the start of the quarter, as they have seen an increase in demand for the product. Bottomley writes, “We expect to see APH continue edging out incremental market share gains in the Canadian adult-use space, particularly as Tilray’s infrastructure is brought into the Aphria platform.”

Additionally, Aphria’s medical and international sales saw great strength during this quarter. First shipments into Germany, Israel, and Poland generated the company C$5.3 million in additional revenue, while Canadian medical revenue came in at C$7.8 million. Bottomley says that they don’t view this segment as “material to the story” but notes that “international medical optionality remains one of the primary near-term opportunities for Canadian LPs as the global cannabis landscape continues to evolve.”

The reasoning behind the beat in Canaccord’s estimates is primarily due to CC Pharma’s distribution revenue growing a healthy 11.7% quarter over quarter. Aphria notes that their growth is primarily due to a reversion in the spending levels as the last few quarters have been more affected by COVID-19 headwinds.

Below you can see Aphria’s market share in Ontario and updated FY2021 and FY2022 estimates, as per Canaccord.

Cantor Fitzgerald analyst Pablo Zuanic increased his 12-month price target on Aphria to C$26, from C$15.25. He says the Aphria x Tilray merger has a 70% upside. The primary reason that Cantor has upgraded Aphria is due to the large disconnect in valuations between Aphria and Canopy Growth/Cronos. Both Cronos and Canopy Growth trade between an 18-21x CY21 EV/sales multiple while Aphria x Tilray trade at a 13x multiple despite the combined entity holding a 20%/#1 market share position in Canada. 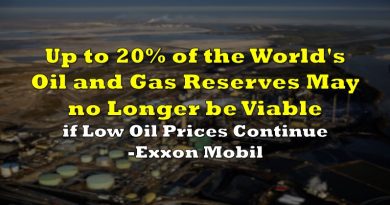 Up to 20% of the World’s Oil and Gas Reserves May no Longer be Viable if Low Oil Prices Continue: Exxon Mobil 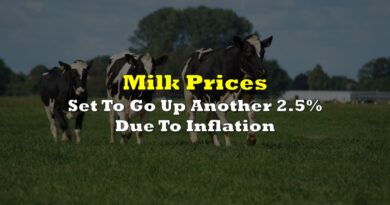 Milk Prices Set To Go Up Another 2.5% Due To Inflation 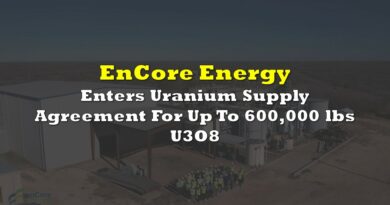