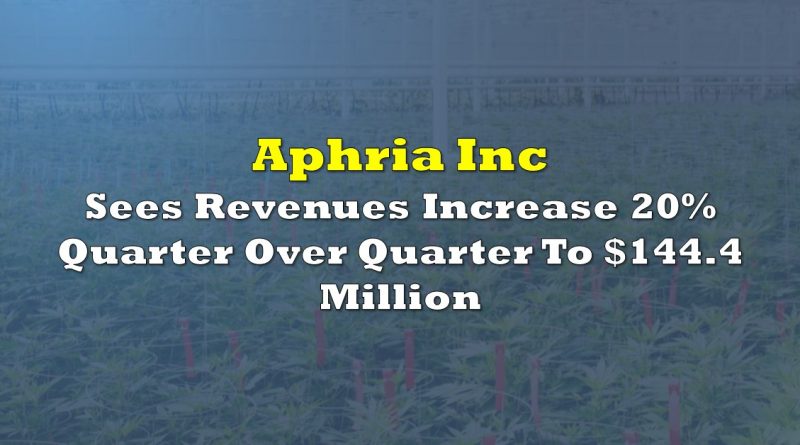 Aphria Inc (TSX: APHA) (NYSE: APHA) reported its fiscal third quarter 2020 results last night after the bell, revealing significant quarterly net revenues of $144.4 million and a net income of $5.6 million. Revenues as a whole grew 20% quarter over quarter, and were largely comprised of distribution revenues, which accounted for $88.3 million in revenue.

Net cannabis revenue for Aphria’s third quarter came in at $55.6 million, which was a significant 65% increase from the second quarter of 2020. The large increase in sales was largely attributable to third party sourced product, which accounted for $20.2 million in cannabis revenue during the quarter as a result of Aphria Diamond still coming online.

In terms of gross profit, the company posted a gross profit of $35.6 million before fair value adjustments were taken into consideration. Meanwhile, the company reported $50.6 million in expenses for the quarter, which largely consisted of general and administrative expenses of $27.9 million, followed by amortization at $5.3 million and share based compensation at $5.1 million. Net income for the quarter came in at $5.6 million, largely bolstered by fair value adjustments.

Looking at liabilities, the company saw notable growth in accounts payable, which rose to $137.1 million from $117.1 million. Bank indebtedness also grew, from $2.4 million to $6.9 million. Total current liabilities during the third quarter increased from $152.4 million to $178.0 million, resulting in a working capital of $746.5 million.

While Aphria posted notable gains in terms of cannabis revenue as well as a strengthened balance sheet, the company also elected to rescind guidance for the final quarter of the fiscal year, as well as for the full fiscal year. Aphria pointed towards the ongoing coronavirus pandemic and the uncertainty surrounding many facets of its operation, including both within Canada and internationally, that make it difficult to predict earnings for the final quarter. 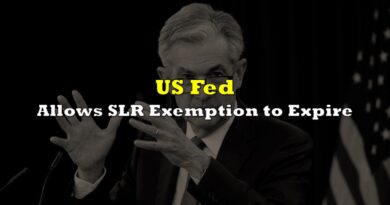 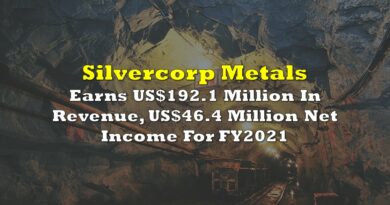 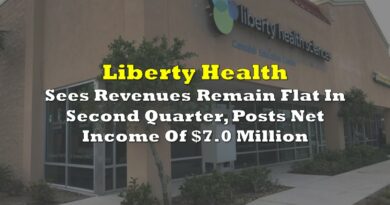