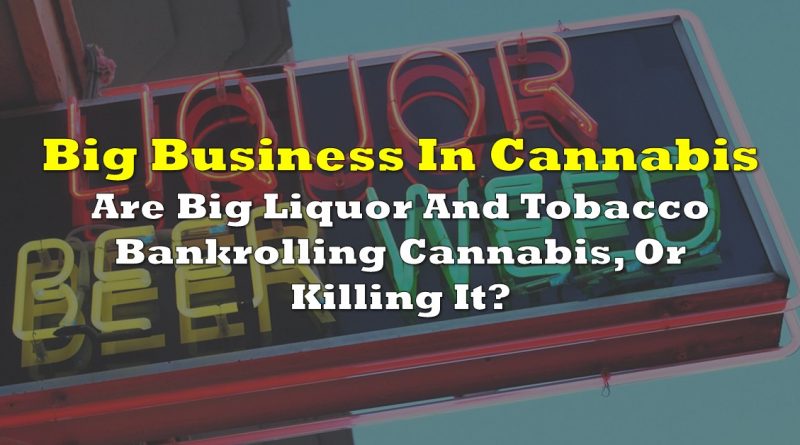 Markets have been unkind to cannabis investors, and made certain fundamentals-based business bloggers, who were well-hated at the peak of the cannabis equities boom… even more hated.

Canopy is off 60% over a year, and is effectively flat year to date. The company just wrote down $723 million worth of dismally under-performing assets and effectively admitted that most of its plans to expand through Canada are fantasies dreamed up to feed a market frenzy.

Cronos has shown anemic growth and is still in the process of facing the music for using transactions with extractors to double-count its unit sales.

And yet, both Constellation and Imperial recently doubled down on their investments in the atrociously performing businesses who trade in a sector whose sales growth is so stagnant that even the relentlessly bullish sell-side has its doubts about growth potential. The trend is terrible. Outlook is terrible.

Are these big companies just very foolish, or do they know something we don’t? To understand their motivations for keeping these money pits, we need to first understand the Canadian cannabis landscape.

Let’s start in the middle

The first modern commercial cannabis licenses were issued in Canada in 2013. The framework under which these licenses were issued, the Marijuana for Medical Purposes Regulations (MMPR), was enacted to replace the similarly-named Medical Marihuana Access Regulations or MMAR, which had been in effect since 2001. The way the federal government saw it at the time, the MMAR, which had proliferated low-tech medical grows who had no formal oversight, and was prone to abuse because it placed little or no regulations on the trading of consumable cannabis product, focusing mainly on the right to cultivate.

The 2013 MMPR was the first appearance of the high-security facilities and tracking procedures common today. Canopy precursor Tweed Inc., Auxly partner Delta 9 Cannabis and Cronos subsidiary Peace Naturals were among the first companies to be licensed under the MMPR. In December 2015, Canopy subsidiary Spectrum Naturals was the 20th and one of the last to be licensed before the budding legal marijuana sector had a drastic change forced upon it.

The independent cultivators who had thrived in the twelve year period that allowed for a reasonably free trade in medical cannabis and the patients who had patronized them took exception to their functional cannabis economy being handed to two-dozen well-backed companies by fiat. A successful constitutional challenge by a handful of Canadians who used cannabis to treat chronic medical conditions, known as the Allard Decision, saw Canada’s Supreme Court rule in February of 2016 that the MMPR regulations did NOT, in fact, adequately allow for patient access to Medical cannabis.

The ruling forced Canada’s liberal government to re-make regulations in a way that didn’t criminalize the gardens and kitchens of private citizens, among other things, and the government got to work on the Access to Mairjuana for Medical Purposes Act, under which cannabis producers are licensed today.

The clearer regulations were an absolute boom to the marijuana capital markets. Citizens access was better defined by the AMCPR, and a four plant cap on personal cultivation gave the government the ability to shut down any personal cultivation that dared to start plant #5. Originally, the regulations allowed for only LPs’ direct sale to patients, and to each other. But framework was laid out almost immediately for a recreational marijuana system to be run through the provinces.

By October of 2018, when the first legal rec bud was sold by Canopy CEO Bruce Linton in a stunt well-covered by a cannabis-obsessed media, Canopy owned or had control over 11 of 119 Canadian cannabis licenses, including some of the few allowed to supply the only ten wholesale buyers. A year later, in October of 2019, only 80 of 237 total licenses could sell dried bud to the provinces. Canopy owned or controlled five of them.

The Paper Green Rush or the Rush for Green Paper

The pace at which cannabis cultivators and processors were moving through the process of initial licensing, secondary licensing, and finally licensing for sale was positively glacial, and the capital markets knew exactly what to do about it. In theory, the ability to supply $7 – $12 billion worth of gross sales per year was concentrated into a handful of entities, whose only real competition could be eliminated at government expense.

The fire hose of capital pouring into the cannabis sector turned into a tidal wave. A cottage industry sprang up in cannabis experts and advocates. The daily papers suddenly all had cannabis sections and atrocious valuations quickly became obscene valuations. Just when it started to look like it had all gone too far, and that the bubble was stretched to its limit, the world’s top vice co’s decided it was about time to get involved.

When Constellation Brands announced its deal to buy a 38% stake in Canopy Growth on August 15th, 2018, the liquor company had a market cap of $141 billion and a price to earnings ratio of 18. The $4.5 billion cash investment wasn’t insignificant: it was more than the $3.8 billion in gross profit Constellation had made in 2018, but it wasn’t as though the outlay impacted its core operation. Constellation borrows money in the 3%- 4% range, and neither the added leverage nor the hit to earnings ($11.55/share in 2018 vs $-0.07/share in 2020) have done much harm to STZ’s share price or credit.

May 1st, Constellation exercised its warrants to purchase new shares in Canopy Growth, re-capitalizing Canopy with $245 million and maintaining its 38% stake in the cultivator, following two years of the operational equivalent of a money fire. It isn’t unreasonable to surmise that this investment has very little to do with revenue or market growth, and every thing to do with control.

The new licenses issued by Health Canada since October of 2018 have diluted Canopy’s share of the total licenses from 10.8% to 2.3%. Canopy is the largest marijuana grower in the country in terms of both sales volume and inventory produced and it isn’t even close.

Unlike their counterparts in the resource business, there is no “use-it-or-lose-it,” provision for Canadian cannabis licenses. Companies can and do sit on them, confident that the snail’s pace of licensing will keep them valuable whether they produce or not. Predictably, many money-losing licenses have been scaled back or closed, but the austerity movement hasn’t affected Auxly, who is making an earnest attempt at figuring out products that work in the extracts market. Imperial Brands has been happy to finance it, increasing the tobacco company’s stake in Auxly’s license share as it goes. If any of the products end up catching on, Imperial can always buy out the portion it doesn’t own, or buy a different piece of the under-performing license landscape.

What motivation would these companies have for tearing money up in the Canadian cannabis sector? Between Cronos’ insignificant production, Auxly’s effective status as a lab and Canopy’s recently announced remake, it’s possible that they aren’t interested in helping the Canadian cannabis industry thrive and grow, but rather in making sure it succeeds on their terms, and for their benefit, or not at all.

At the expense of minorities

Two years into full rec legalization, the companies with the most available cash in this cash-hungry business all have it by virtue of a majority shareholder, whose primary interests are objectively not the price of its equity. Minority interests bought by speculators during the cannabis boom of 2017-2018 are currently afterthoughts in a landscape whose development, if it happens, won’t benefit them at all. The major backers have the spending power to eclipse them in total interest. It isn’t that the multi-national companies are keeping the share prices of these companies suppressed, exactly, it’s just that it doesn’t concern them. Altria, Imperial and Constellation aren’t here for a trade.

Canadian Regulators, for their part don’t seem concerned with the equity split of the licensing landscape or that it appears to have stalled any meaningful development of a legal market. Health Canada has accelerated the issuance of micro-cultivator and micro-processor licenses, issuing 59 so far, but licenses to sell to the provincial monopsonies have remained stubbornly flat, effectively maintaining the dynamics of a marketplace that has yet to host any conventional business success. We don’t have any data on new license applications, but the likelihood that investors would back a commercial cultivator of any size in this environment seems small. The capital markets don’t want anything to do with it, and how could it possibly be expected to make money if the other 394 lose?

The medical cannabis growers who supplied the Canadian market under the MMAR and whose destruction was arguably a goal of the MMPR and ACMPR regulations, haven’t all gone away. Many still cultivate in civil disobedience, supplying patients, dragging their feet on shutting down their businesses to go through the steps to convert their old licenses into new ones.

In the spring of 2014, agents of the newly public Tweed Inc. were caught at the Kelowna airport with an “unfathomable” quantity of high-grade marijuana produced by grey market MMAR growers that, conceivably, was destined to supplement the company’s own fledgling medical flower production. More than 900 pages of internal RCMP records obtained by the National Post in the spring of 2019 detail the extended deliberations about how the agency should speak about the incident publicly, culminating in a decision to say nothing. The crown jewel of the Post‘s document mother-lode was discussion about the potential effect on Tweed Inc.’s share price.

While cynics might consider that concern a betrayal of an institutional bias towards protecting investor interests, it could just as easily be operational prudence on the part of officials who were interested in modernizing a historically criminal industry. In 2014, the build out of the legal landscape was being financed by the capital markets, and sending the largest and first publicly traded cannabis company to the penalty box out of the gate would have undoubtedly set back development. It isn’t pretty, but it’s the way it is. The financing for an entire sector of venture-stage enterprises had to come from somewhere.

As today’s cannabis market feels its way through its 2.0 phase, still trying to find something that works in capital markets that are mostly out of speculators, are regulators still acting to protect its financiers?

Canada’s excitement at being the first developed nation with a legal, industrial cannabis infrastructure might have left its denizens blind to the larger context. The aggregate market cap of all the public cannabis companies in Canada is presently under $20 billion. Both Imperial Brands and Altria did more than that in sales last year.

Even the most optimistic growth scenarios make this Canadian cannabis market a rounding error on the scale of globalized liquor and tobacco companies. Altria owning Cronos is sort of like McDonald’s paying $1.5 billion for a hot dog cart. It is, of course, reasonable for those companies to hedge their bets against a developed cannabis industry eventually cannibalizing some of their sales. Because such a situation is possible. In the future… but why rush? 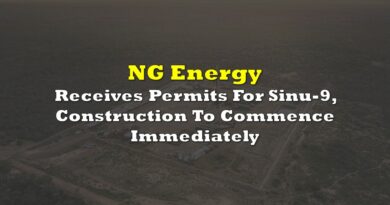 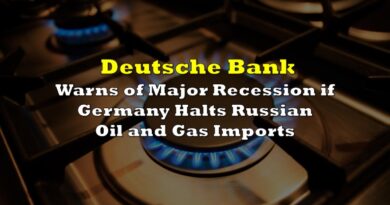 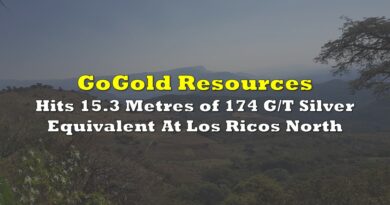