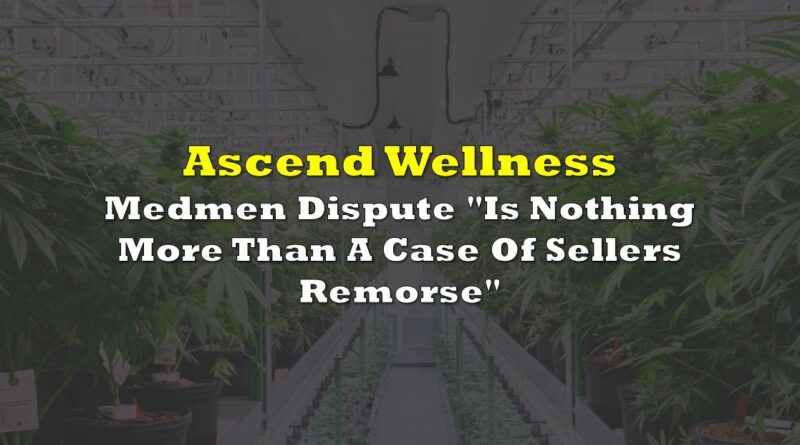 Ascend Wellness (CSE: AAWH) last night filed its motion to dismiss defendants counterclaims in its lawsuit against MedMen Enterprises (CSE: MMEN). The lawsuit relates to MedMen’s breach of contract in relation to its New York license, which was to be sold to Ascend.

The investor agreement in question relates to an agreement that outlines that Ascend is to acquire an 87% stake in MedMen NY for roughly $73 million, along with an option to purchase the remaining stake for $1.00 per share, which amounts to an additional $400. As per the agreement, if closing conditions were not met by December 31, 2021, the parties had various termination rights.

Despite the closing conditions being met as per Ascend, MedMen has reportedly had “sellers remorse,” as per Ascend, and has attempted to avoid closing the arrangement by making a number of claims surrounding the transaction that are deemed to be violations of the agreement, making it null and void.

Following this decision by MedMen, a lawsuit ensued wherein Ascend is looking to utilize the court system to obtain what they believe is rightfully theirs. The latest filing is that of a motion to dismiss, filed by Ascend, related to the counterclaim put forth by MedMen in response to the lawsuit being filed.

The motion to dismiss appears to effectively undress the legal ground that MedMen’s counterclaims were standing on, effectively stating that the claims made by the multi state operator are not built on any level of fact. The firms preliminary statement on the matter opens with the comment, “Relying on nothing more than two false allegations in an attempt to plead its infirm Counterclaims, MedMen has knowingly fabricated a narrative.”

It doesn’t get much better from there for MedMen.

The problem with the entire situation, from MedMen’s perspective, is that they’ve made two statements that appear to be simply false. First, the company claims that the President of Ascend, Andrew Brown, met with government officials at a fundraiser on December 8. The problem with that claim, is that he was in federal court at that time. Second, they claim that the firms CEO was in a meeting with government officials on December 10, despite him being out of state in Florida at that time.

Despite these immediate shortcomings, perhaps the most humourous aspect of the entire situation is that meeting with government officials would not represent a breach of the investor agreement. In fact, the arrangement specifically states that the parties should “use commercially reasonable efforts to obtain, or cause to be obtained, all Permits, consents, authorizations, orders and approvals from all Governmental Authorities that may be or become necessary for its execution and delivery of [the] Agreement.“

The humor of this is not lost on Ascend, who within the court document argues:

“MedMen appears to be arguing that Ascend interfered with the closing by attempting to ensure that closing conditions were satisfied. MedMen offers no explanation as to how Ascend’s alleged efforts to ensure that governmental approvals were timely granted somehow impeded the Transaction. That is because the notion is plainly nonsensical. In order words, MedMen’s defense to its own failure to use commercially reasonable efforts to close the Transaction is that Ascend used too much commercially reasonable effort to get the deal across the finish line. “

Finally, MedMen has claimed that Ascend “interfered with the closing” of the arrangement, and that the transaction now must not go through. This, of course, is despite the two firms receiving state approval on December 16 from the regulator for cannabis in New York, and from the OCM’s general counsel on December 29, 2021 – meaning the required regulatory approvals had been received to proceed. In Ascend’s view, “in a desperate bid to secure a more lucrative deal, MedMen is trying to avoid closing on the terms that it agreed to in the Investment Agreement.“

The short of it: it appears that MedMen’s legal standing as it relates to the investor agreement is on shaky ground at best.

Ascend Wellness last traded at $4.65 on the CSE. 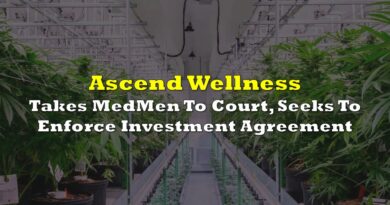 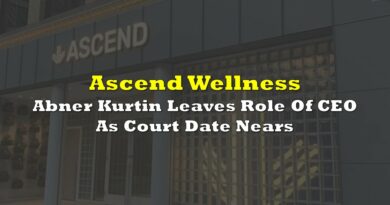 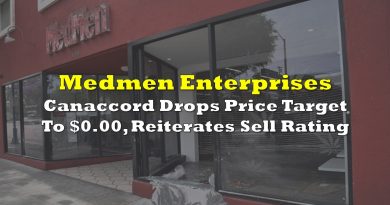