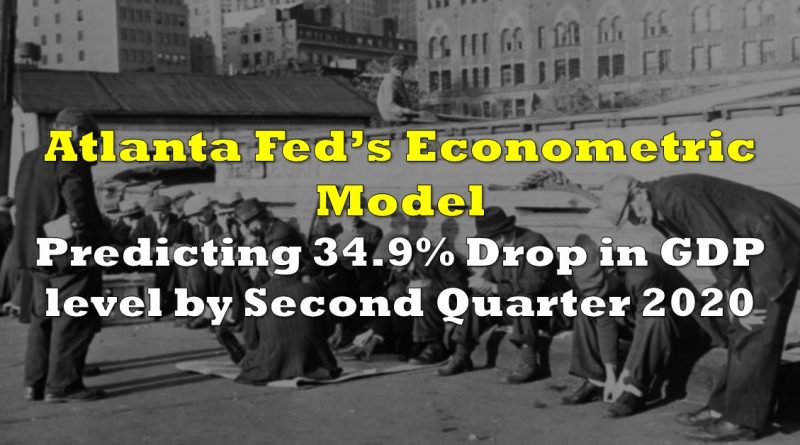 The Federal Reserve Bank of Atlanta runs an econometric model called GDPNow, which produces a mathematical forecast of quarterly GDP growth in the US. The GDPNow model utilizes factor modeling and Bayesian vector auto-regression, which are just fancy econometric techniques that analyze various GDP indicators with economic source data. Now aside from the technicalities, the GDPNow model is estimating a 34.9% drop in GDP growth for the second quarter 2020.

Such a drastic estimate is comprised of the latest employment data released from the US Bureau of Labor Statistics, and the wholesale trade report released by the US Census Bureau, which when analysed using econometric techniques results in a forecast of -34.9% seasonally adjusted annual GDP growth – which is even worse than the Blue Chip financial forecasts. Although that is an alarmingly grim figure, lets keep in mind that the estimate is based on purely mathematical procedures, and does not take into account the future of the US economy as restrictions are slowly being eased across the country.

Furthermore, the current unemployment levels are largely due to temporary layoffs, and as soon as the economy opens back up to full output, many of those individuals will return to work. However, if the spread of the coronavirus is not mitigated, then a second wave of infections could very well be possible, thus bringing the astronomical GDP drop of 34.9% further into reality.

Although the incoming economic data is largely reflective of a nation-wide economic shutdown, the US economy will need to experience an annualized growth of 27% in the remaining third and fourth quarter of 2020 in order to get back to pre-COVID-19 output levels. However, such a rapid increase in output is highly unlikely when compared to historical events. During the massive bank failures of the Great Depression for example, it took until 1941 for nominal GDP to climb back to 1929 levels, albeit, much of the prolonged economic recovery at the time was due to a nearly 30% decrease in the money supply.

In today’s case however, it may be a bit of a different story. With the Fed printing money in order to artificially prop up the economy, it may be wise to predict that money supply will soon surpass GDP output, thus manifesting into a sudden spell of inflation. If such a scenario does in fact play out and is left uninterrupted, then the US will find itself in a reinforcing feedback loop of hyperinflation, where the only consumer response is to value immediate spending.

Information for this briefing was found via the Federal Reserve Bank of Atlanta and Zero Hedge. The author has no securities or affiliations related to this organization. Not a recommendation to buy or sell. Always do additional research and consult a professional before purchasing a security. The author holds no licenses. 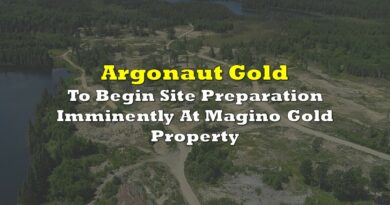 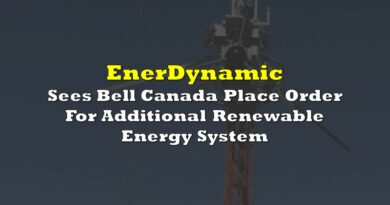 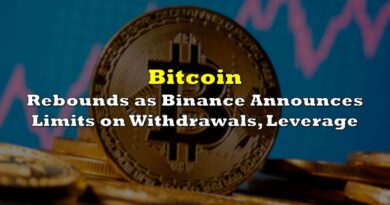