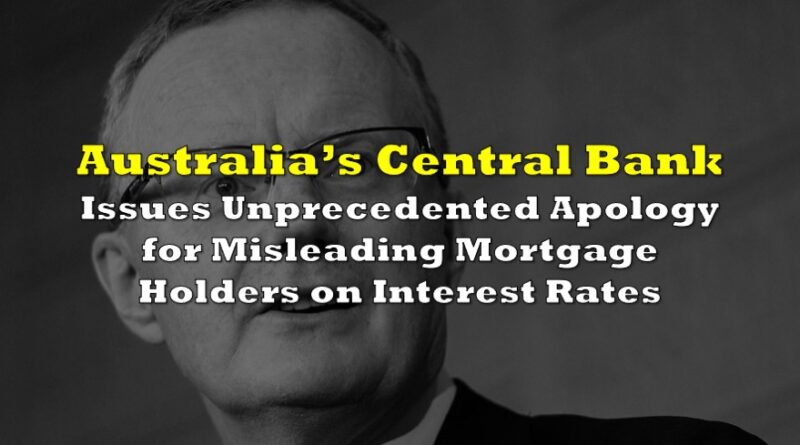 In a rare statement from a major central bank, the Reserve Bank of Australia (RBA) is sounding regret over its enormously flawed guidance on interest rates and inflation, issuing an apology to new homeowners that took on a mortgage under the guise that borrowing costs would remain ultra-low for a long period of time.

“Well, I’m certainly sorry if people listen to what we’d said and then acted on … what we said, and now regret what they have done,” said the bank’s governor Philip Lowe before the Senate economics committee on Monday. Throughout 2021, the RBA firmly peddled guidance rooted in the firm belief there wasn’t going to be perpetual wage growth and a tightened labour market “until 2024 at the earliest.” The forecast was repeatedly asserted as late as November 2021, until policy makers were forced to abruptly ditch their guidance in May and instead embark on a hawkishly aggressive rate-tightening cycle.

“We’ve had to raise interest rates more quickly, and people who borrowed in those two years are now finding it much more difficult,” Lowe continued. He did, however, defend the bank’s initial guidance because he truly believed Australia’s economy was slated for a sharp contraction at the onset of the pandemic. “We were talking about 15 per cent unemployment, a generation of young kids not being able to find jobs, people not being able to go to school and university. It was dire times, and we decided that we would do everything we could.”

Instead, the economy ended up recovering from the downturn a lot quicker than policy makers projected, with the bank’s pandemic stimulus sending inflation spiralling out of control. When questioned by the committee whether the central bank was responsible for the highest inflation in decades, Lowe conceded that its actions did partly create the erosion in consumers’ purchasing power. “That stimulus to income and the lower interest rates led to more demand and that’s pushing inflation up,” he said, adding that half of the inflationary landscape was caused by supply side problems, while monetary and fiscal policies contributed to the other half.

Earlier this month, the RBA published a review of the ill-fated guidance, throwing shade at the media and market fixation on the 2024 portion of the bank’s policy, rather than the conditional statements focusing on wage growth and employment. “The experience with forward guidance over the pandemic period highlights the challenges in combining state-based and time-based elements in forward guidance, particularly with a yield target. The board is committed to learning from this experience.” 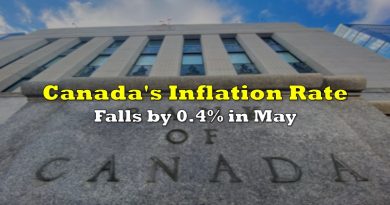 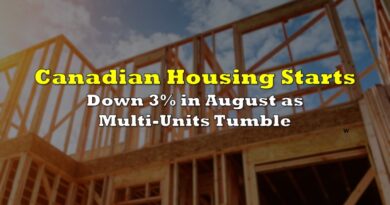 Canadian Housing Starts Down 3% in August as Multi-Units Tumble 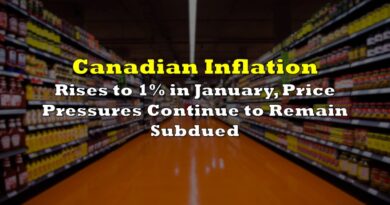