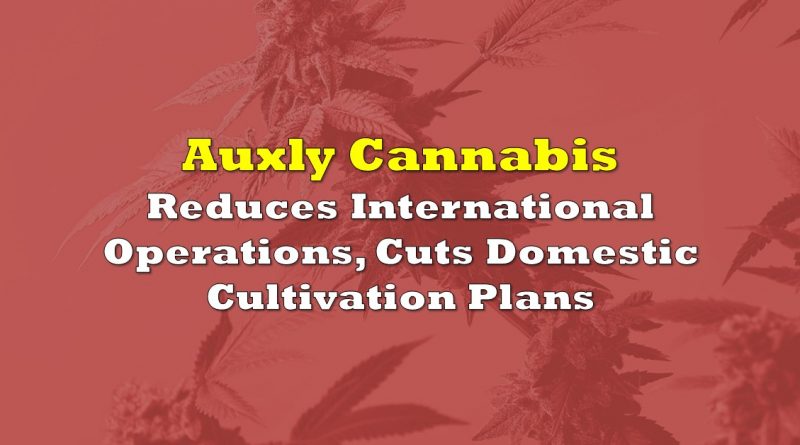 It appears Uruguay may not have the perceived demand for hemp that many expected. Auxly Cannabis (TSXV: XLY) announced this morning that the company would be halting its cultivation activities at its 80% owned Inverell S.A. subsidiary, along with pulling back domestic cultivation of cannabis as a means of cutting costs.

The halting of cultivation activities within the Latin American country is expected to save the cash-strapped cannabis producer approximately $6-7 million on an annual basis. Slow cannabis specific regulatory development in the region is being blamed for the decision, along with the slow development of “viable near-term commercial channels in the region.” The subsidiary still holds inventory from the previous season, which evidently resulted in the decision.

Planting with not occur for the 2020-2021 growing season, with Auxly “maintaining optionality” for the following season. It will also be scrapping plans to develop an extraction facility, and instead be cutting staff and slashing expenditures.

Back home in Canada, the company has also chosen not to conduct any cultivation at its large-scale outdoor cultivation facility in Nova Scotia for the current year despite receiving a license from Health Canada. Instead, the company will “focus its efforts on the continued development of the Robinsons OG land and facility.” This business decision was blamed on the optimal timing for outdoor cultivation as well as COVID-19.

Finally, Auxly has also halted cultivation at its Kolab Project facility in Ontario. Instead, the operations are now focused on pre-roll manufacturing and “innovation activities.”

The cultivation of Auxly’s cannabis flower as a result of the decisions will come from its 27,000 square foot Robinsons Cannabis facility in Nova Scotia, along with its joint venture with Sunens Farms. The latter is expected to become the primary cultivation operation for the company once full operational.

Auxly Cannabis last traded at $0.30 on the TSX Venture. 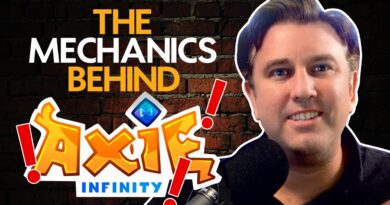 The Mechanics Behind Axie Infinity 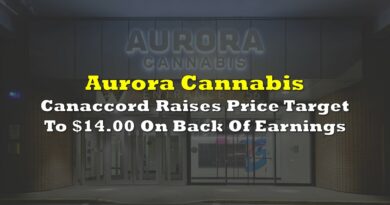 Aurora: Canaccord Raises Price Target To $14.00 On Back Of Earnings 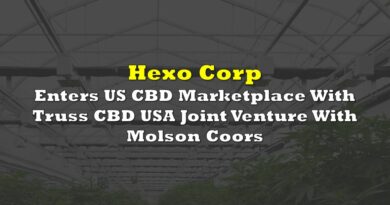