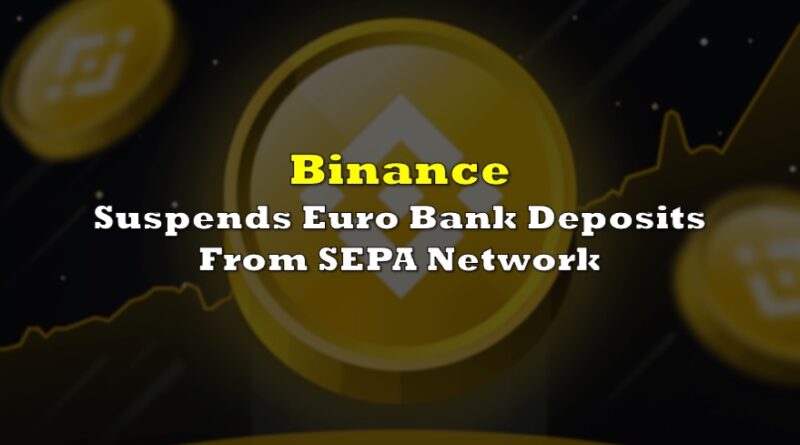 The ongoing regulatory crackdown against virtual currencies has zeroed in on Binance as of late, as the crypto exchange has now been forced to discontinue euro bank deposits from one of Europe’s main payment networks.

In late June, Binance revealed that it will no longer offer its services to customers in Ontario, after the province’s regulator issued new compliance measures that ultimately served as a deterrent for the crypto exchange. Several days later, Binance’s only UK-regulated entity, Binance Markets Limited, was barred from operating in the UK by the Financial Conduct Authority. This in turn prompted Barclays to stop its customers from making payments to the exchange via its credit and debit cards.

However, the headache for Binance does not stop there. Now, as the Financial Times reports, Binance has told its users via an emailed statement that they will no longer be allowed to deposit funds from the Single Euro Payments Area, or the SEPA system, citing a turn of events “beyond our control.”

The SEPA system, which designed to integrate payments across the EU, allows users to transfer euros across nearly three dozen countries. Binance has traditionally gained access to SEPA via other payment intermediaries, but the latest restriction is part of of a wider prohibition that bars Binance users from transfering funds to the exchange from regular banks and other financial services. However, Binance noted that the move is only “temporary,” and that customers are still permitted to conduct withdrawals using the SEPA network.

Information for this briefing was found via Binance and the Financial Times. The author has no securities or affiliations related to this organization. Not a recommendation to buy or sell. Always do additional research and consult a professional before purchasing a security. The author holds no licenses. 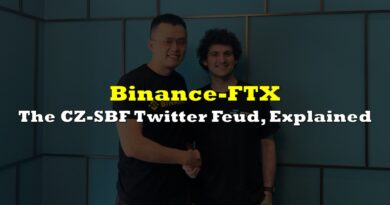 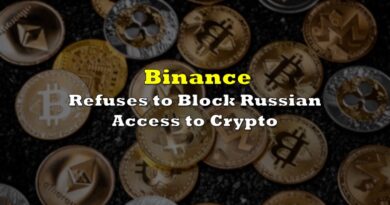 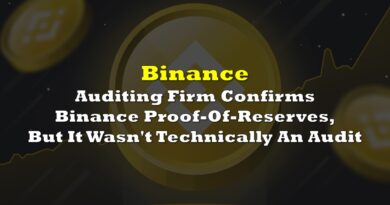