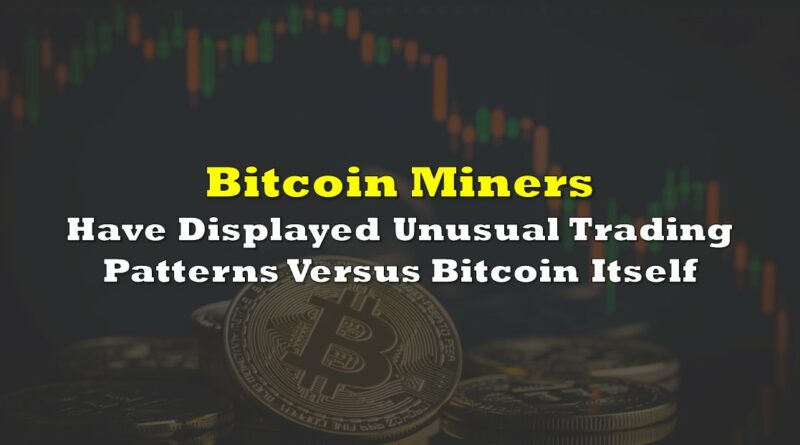 Bitcoin has doubled over the last three months, surpassing its April 2021 high, and shows no signs of slowing. The reasons for the move are generally considered to be a combination of several factors.

Bitcoin mining stocks typically rise much more sharply than Bitcoin when the cryptocurrency appreciates and vice versa. However, the magnitude of the stocks’ movements (aside from Hut 8 Mining Corp. (NASDAQ: HUT) recently) has been muted on both the downside and the upside of Bitcoin’s V-shaped pattern over the last six months.

More specifically, each of the five Bitcoin miners we closely follow “only” lost about half their value when Bitcoin declined about 50% from mid-April through mid-July. Similarly, three of the five — Bitfarms Ltd. (NASDAQ: BITF), Marathon Digital Holdings, Inc. (NASDAQ: MARA), and HIVE Blockchain Technologies Ltd. (NASDAQ: HIVE) — “just” approximately doubled when Bitcoin jumped around 100% from mid-July through now.

In the figure below, the relative performance of selected Bitcoin miners since mid-April is shown versus that of Bitcoin itself. Each stock and Bitcoin are presented in index form where 100 is the uniform starting point.

There are of course several possible explanations for this price action. One is that Bitcoin miners should no longer be considered riskier — and therefore trade with a higher beta — than the digital currency itself. That scenario does not seem logical to us, as miners must incur substantial costs and risks to run their businesses effectively (the purchase of large quantities of state-of-the-art computing equipment which typically have only two years of useful life before the development of faster devices dims their usefulness, the negotiation of low-cost electric power purchase agreements, etc.).

Another possibility is that the marked relative outperformance over the last three months of Hut 8 Mining (+173%) and the significant underperformance of Riot Blockchain, Inc. (NASDAQ: RIOT) (+61%) represent “reversion to the mean” opportunities. (Other explanations are plausible as well, including general stock market volatility.)

Separately, many Bitcoin miners have adopted a strategy of holding all or most of the Bitcoin they mine. In turn, the companies have begun disclosing both the amount of the digital currency they mine each month as well as their total Bitcoin holdings at the end of each month. Below we list the September Bitcoin production and holdings as of September 30, 2021 for selected miners.

At current Bitcoin prices, the mark-to-market digital currency holdings of Bitfarms and Hut 8 Mining represent 15.5%-16% of their stock market capitalizations. The other miners have markedly lower ratios.

If we compare the mark-to-market valuation of the Bitcoin produced in September 2021 by each company to its market capitalization, Bitfarms and HIVE have noticeably higher ratios than the other miners listed. On this measure, Marathon Digital has the lowest percentage.

Stocks of Bitcoin miners have generally not reacted to sharp movements in the underlying Bitcoin over the last six months in the same way they did in the past. It is possible this price action has created trading opportunities in a few individual miners. 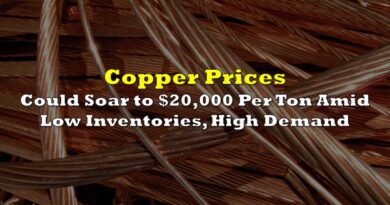 Copper Prices Could Soar to $20,000 Per Ton Amid Low Inventories, High Demand 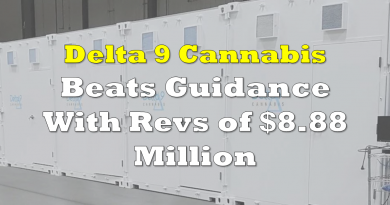 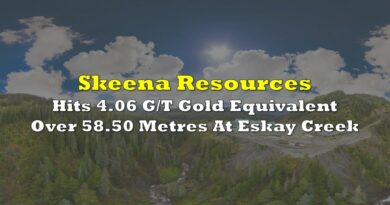