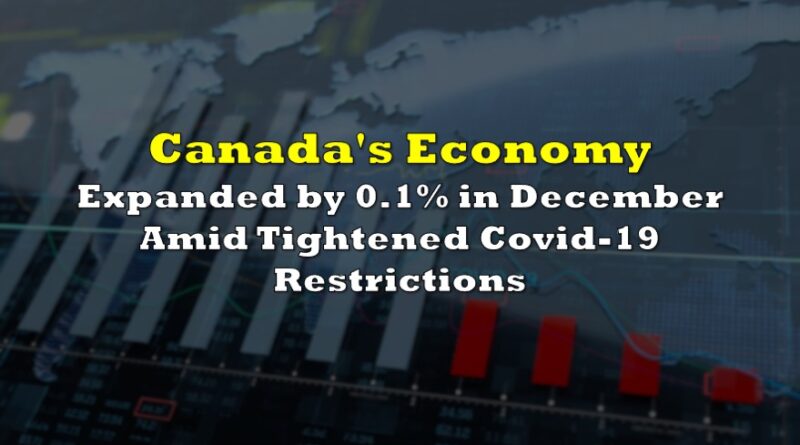 In December, GDP grew by 0.1%, following a 0.8% increase in November. Despite the relatively slow growth in the final month of the year, December marked the eighth consecutive month of gains, after Canada’s economy plunged into a steep recession in March and April. This puts economic activity 3% below pre-pandemic levels recorded in February 2020.

The goods-producing industries expanded by 0.6%, while Canada’s service-producing industries contracted by 0.1%, as 12 of the 20 industrial sectors reported some form of growth. The mining, quarrying, and oil and gas extraction sector increased by 2.9% in December, marking the fourth straight month of gains. The majority of the expansion was concentrated in the oil sands extraction subsector, which rose by 4% as Alberta recorded the highest level of synthetic oil production on records dating back to 1997.

Among other notable gains, Canada’s real estate and rental and leasing sector grew by 0.9% in the final month of the year, making December the eighth consecutive month of increases. Likewise, the construction sector increased by 1.2%, after declining by 0.3% in the previous month. The residential construction subsector recorded a gain of 1.4% in December, as single-unit and alterations and improvements increased. Conversely though, non-residential construction declined by 0.3% for the sixth straight month.

In the meantime, the economic sectors that were hit the hardest by the pandemic continue to fall behind, especially following the tightening of restrictions in several key regions across Canada. Retail trade fell by 3.3% in December, after recording growth for seven straight months. Despite the holiday shopping season that typically accompanies the final month of the year, activity remained low, with stores specializing in clothing and clothing accessories down by 13.6%, sporting goods, hobby, book and music stores recording a decline of 19.9%, and electronic and appliance stores down by 10.3%. The accommodation and food services sector was also hit particularly hard by additional Covid-19 restrictions, contracting by 6.8% in December.

Canada’s manufacturing sector also posted a decline in December, falling by 1.1% amid a drop in sales and lower inventory levels. This was only the second decline for the sector since April. Similarly, the wholesale sector also recorded its second contraction since April, falling by 1.2% in December. The decline was largely due to motor vehicle and motor vehicle parts and accessories wholesaling being down by 3.1%, amid reduced production and exports of vehicles.

With December marking the conclusion of what has been a record economic contraction in 2020, Statistics Canada reported that activity was down in 17 of the 20 industrial sectors last year. GDP fell by 5.4% in 2020, following an expansion of 1.9% in the previous year. Service-producing industries were hit particularity hard by the Covid-19 pandemic, falling by 4.9% over the year. Likewise, the goods-producing sector contracted by 6.2% in 2020. 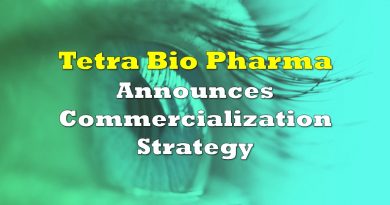 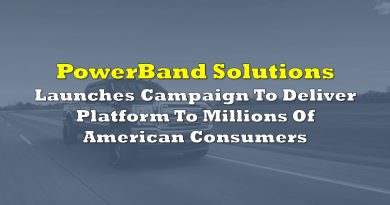 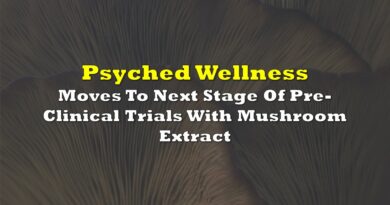