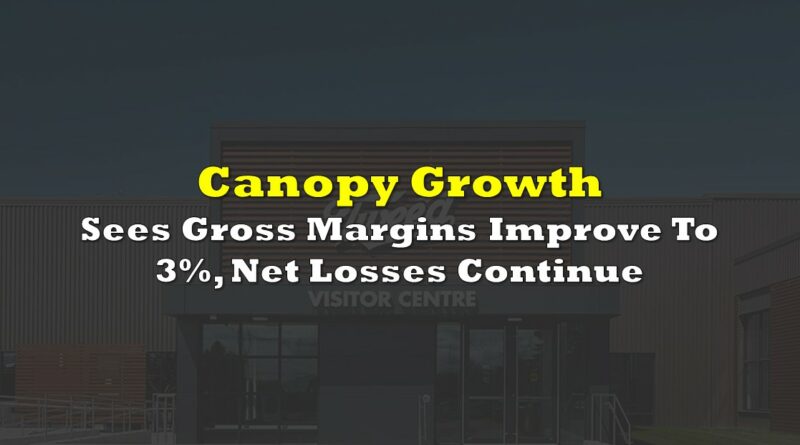 Despite the recent excitement surrounding its decision to enter the US cannabis market more directly, Canopy Growth (TSX: WEED) appears to be continuing to struggle within its core markets. The firm this morning reported its second quarter 2023 financial results, posting a year on year decline in topline revenue.

“Our second quarter marks a key inflection-point for Canopy, demonstrating momentum across our key businesses and accelerating our entry into the U.S. cannabis market through the creation of Canopy USA. Canopy is ideally positioned to capitalize on this once-in-a-generation opportunity and accelerate our path to North American cannabis market leadership,” said CEO David Klein of the quarter.

Revenue for the quarter came in at $117.9 million, an improvement over the $110.1 million reported in the first quarter, but a 10% decline from on a year over year basis. As it tends to do, the company blamed the decline on anything that might stick to satisfy investors. Proposed reasons for the decline include:

The company highlighted that if you exclude its C3 division which was in the sale process during the quarter, as well as its Canadian retail business, and tilt your head just right, they managed to grow revenues by 2% over Q2 2022.

Recreational cannabis for the quarter saw revenues of $38.1 million, down from $39.0 million in the first quarter, while medical cannabis revenue grew to $14.2 million from $13.4 million last quarter. The Canadian cannabis segment overall was flat on a quarter over quarter basis, with revenue coming in at $52.3 million in Q2 versus $52.4 million in Q1. Rest of world cannabis meanwhile declined from $13.8 million to $10.6 million.

The bright side here, is that the company managed to post positive gross margins of 3%, versus -1% in the first quarter. Margins however were said to be impacted by lower production and price compression, along with a decrease in payroll subsidies from the Canadian government.

Operating expenses came in at $179.7 million for the period, lead by SG&A of $125.8 million as the company again demonstrates it is nowhere close to achieving profitability. Canopy also had asset impairments of $44.0 million during the quarter which contributed to the overall operating loss of $175.8 million.

The divesture of retail operations in Canada is expected to drive $70 to $100 million in annual SG&A savings, although that hardly looks to be enough to achieve profitability, given current margin levels.

After other expenses of $47.8 million, the firm posted an overall net loss of $231.9 million for the three month period. Adjusted EBITDA meanwhile came in at negative $78.1 million, while free cash flow is said to be negative $135.4 million.

“We are pressing forward on our path to profitability in Canada and expect Canopy USA will meaningfully enhance our growth and profitability over time once it closes the announced acquisitions of Acreage, Jetty, and Wana,” Hong continued. 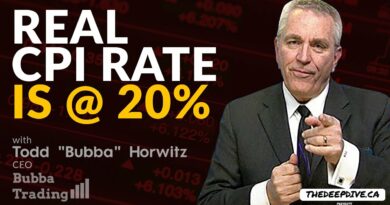 Bubba Horwitz: The Real CPI Rate Is At 20% – The Daily Dive 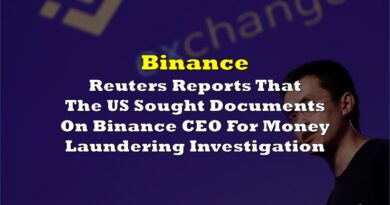 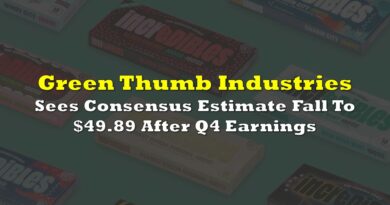