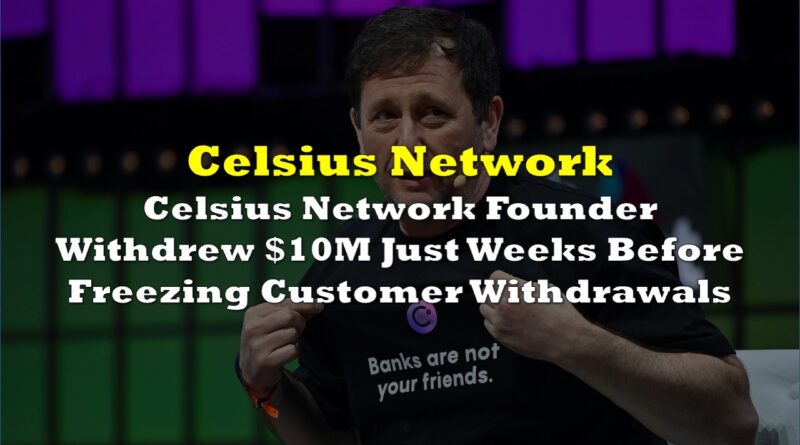 Alex Mashinsky, founder and — until Tuesday last week — CEO of cryptocurrency firm Celsius Network, was found to have withdrawn $10 million worth of cryptocurrency very shortly before putting a halt on customer withdrawals as the company fell towards bankruptcy, according to a report by the Financial Times.

The former CEO made his withdrawals in May, right when the market began to crash following the TerraUSD stablecoin collapse. The company, which was found to have already been in trouble even before the market crashed, froze customer withdrawals on June 12, and then filed for bankruptcy in July 13, saying that it had a $1.2 billion hole in its balance sheet.

A spokesperson for Mashinsky explained that the cryptocurrency that the Celsius founder withdrew from his account from mid- to late-May were “used to pay state and federal taxes.” The spokesperson also told the Financial Times that Mashinsky and his family will have about $44 million dollars in frozen assets on the Celsius Network.

“He continues to be committed to working with and uniting the community around a recovery plan that will maximise coin and liquidity for all,” the spokesperson said.

Early in September, a Vermont regulator suggested that the crypto firm is a ponzi scheme, outlining a number of state concerns related to unregistered securities offerings and fraud conducted by the crypto firm. The filing alleges that Celsius was already bankrupt as early as May 13, which was before Mashinsky’s withdrawals.

Regardless of the Vermont filing, Mashinsky may be forced to return the $10 million. US laws mandate that payments made by a company 90 days before bankruptcy can be, as the FT put it, “clawed back” for the benefit of its creditors.

Information for this briefing was found via the Financial Times, and the sources and companies mentioned. The author has no securities or affiliations related to this organization. Not a recommendation to buy or sell. Always do additional research and consult a professional before purchasing a security. The author holds no licenses. 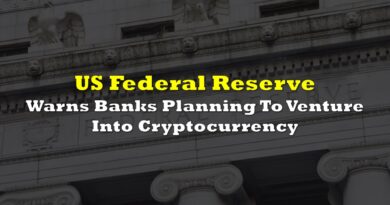 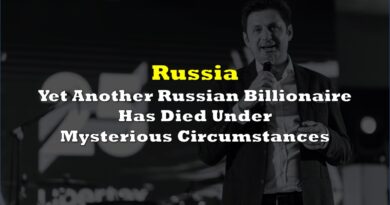 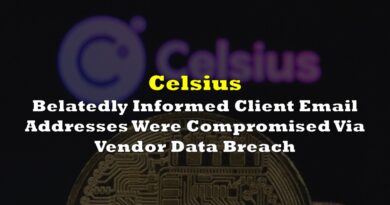