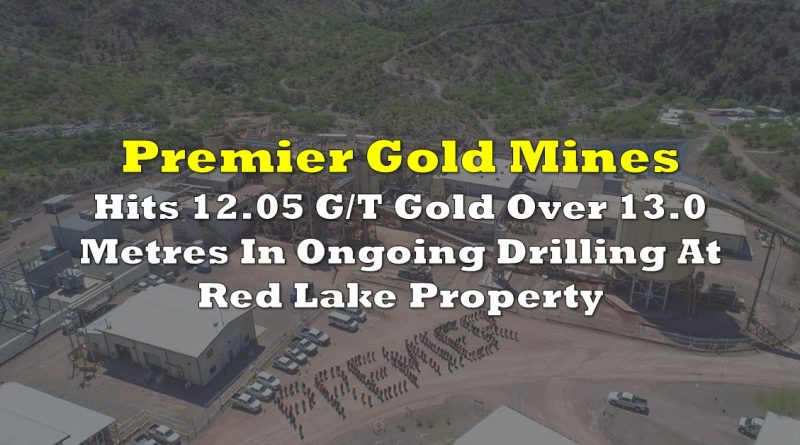 Premier Gold Mines (TSX: PG) this morning reported assays from its ongoing 25,000 metre drill campaign at its Red Lake, Ontario property known as the Hasaga Project. A total of 18,000 metres of drilling has been conducted so far this year, consisting of a total of 18 holes being drilled as the company looks to expand its current 1.1 million indicated ounce gold resource at the property. Highlight values from recent drilling include 12.05 g/t gold over 13.0 metres, within 38.8 metres of 4.93 g/t gold.

The focus of the current campaign has been to extend known mineralization from the current resource within what is referred to as the Epp zones. The above highlight value comes from Epp-C, which has been extended 150 metres to the west and 60 metres to east as a result of this years drilling, while the Epp-D zone remains open laterally and at depth. This zone saw highlights of 13.8 metres of 6.04 g/t gold, within 45.5 metres of 2.11 g/t gold, as well as 16.5 metres of 2.52 g/t gold.

Both the Hasaga Porphyry, as well as the Buffalo zone have seen their known extent of mineralization expanded as well, with the former being intercept 600 metres was of the known zone with a drill result of 13.1 metres of 2.49 g/t gold. The latter meanwhile was intercepted 300 metres east of the known zone, with visible gold being discovered along with 5.9 metres of 3.52 g/t gold.

Premier’s Hasage project in Red Lake is contiguous to that of Pure Gold Mining’s Madsen project, located west of Red Lake, Ontario. The property features the past producing Hasaga, Buffalo and Goldshore mines. Past drill campaigns have identified the property as potentially having an underground mineral deposit with significant widths. The property currently contain a mineral resource of 1.1 million ounces of indicated gold, and 0.6 million ounces of inferred gold, which is currently viewed as being potentially open-pittable.

Premier Gold Mines last traded at $2.74 on the TSX. 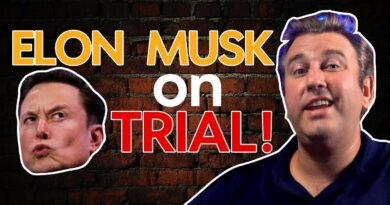 Elon Gets Sued By Shareholders Over Solar City Acquisition 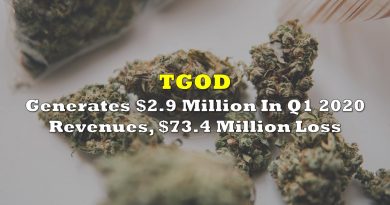 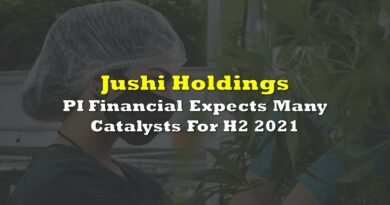