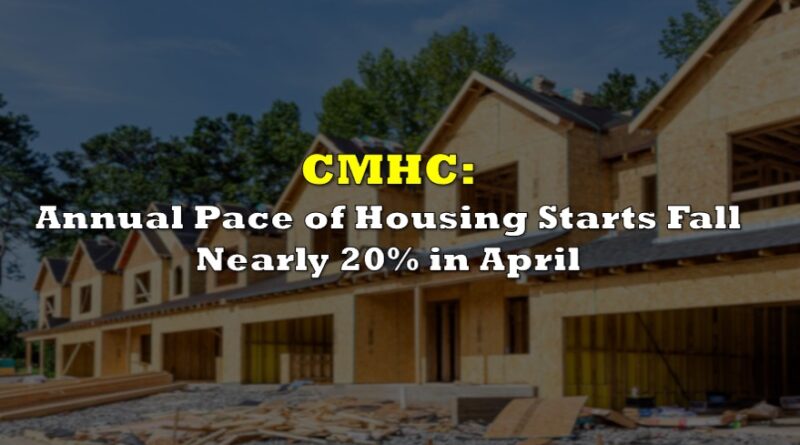 Canada’s annual pace of housing starts declined almost 20% in April as the number of new multi-unit housing projects showed signs of slowing down.

According to data published by the Canada Mortgage and Housing Corp. on Monday, the annual pace of housing starts fell from 334,759 units in March to 268,631 units in April. Similarly, the annual pace of urban starts declined 16.9% to 251,504 units last month, as apartment, condo, and other multi-unit building projects suffered a drop of 22.8% to 251,504 units. Single-detached urban starts were also not immune to the broad decline, falling by 0.1% from last year’s levels to 78,918 units.

On the other hand, the six-month moving average of the seasonally adjusted annual rate of housing starts jumped from 272,164 units in March, to 279,055 units last month. “The national trend in housing starts remained elevated in April, despite a decline in the level of monthly SAAR starts from the record high set in March,” explained CMHC chief economist Bob Dugan.

Information for this briefing was found via the CMHC. The author has no securities or affiliations related to this organization. Not a recommendation to buy or sell. Always do additional research and consult a professional before purchasing a security. The author holds no licenses. 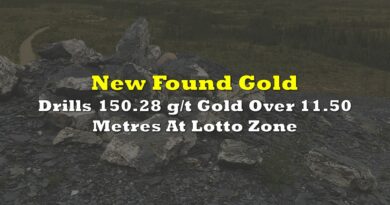 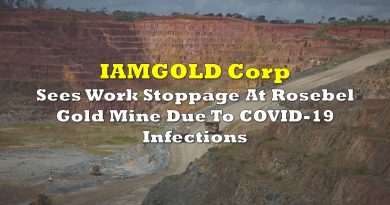 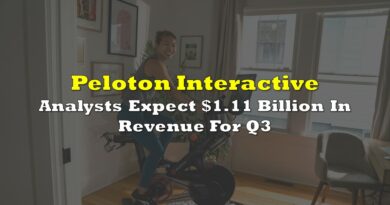