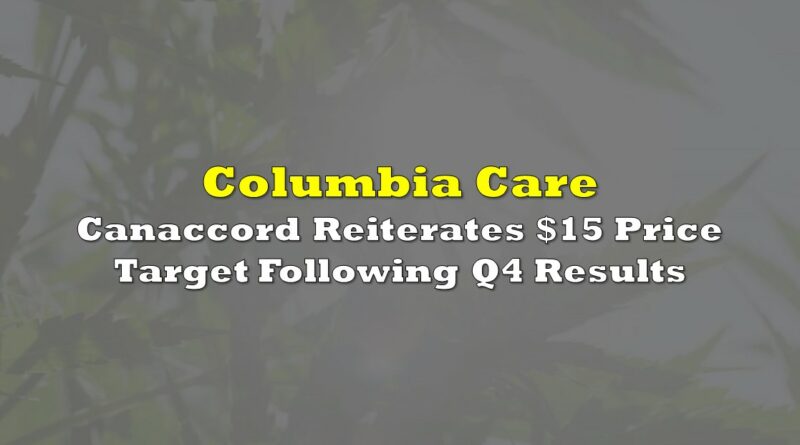 On March 16th, Columbia Care (NEO: CCHW) reported their fourth quarter and year end financials as well as reaffirming their 2021 guidance. For the fourth quarter, the company reported combined revenues of $81.8 million as well as adjusted EBITDA of $9.5 million. For the year end, the company stated their combined revenue to be $197.9 million and a -$0.9 million adjusted EBITDA loss.

The company also reiterated their 2021 guidance of revenues between $500 and $530 million with adjusted EBITDA to be in the area of $100 million.

Columbia Care currently has 11 analysts covering the company with a weighted 12-month price target of C$13.42. This is up from the average last month, which was C$12.00. Four analysts have strong buys while another six have buy ratings, and one analyst has a hold rating on the name. The street high comes from Cantor Fitzgerald with a C$16.50 price target, and the lowest target comes from Paradigm Capital with an C$11.50 price target.

In Canaccord’s company update, their analyst, Matt Bottomley, reiterates their C$15 12-month price target and speculative buy rating on Columbia Care. He headlines, “Q4/20 review: Continued integration of M&A bolsters top-line growth.” Although it seems like Canaccord had no 2020 estimates on the company, Canaccord says that the 51% quarter-over-quarter increase was pushed by a full quarter of contribution from The Green Solution and a single month of Project Solutions. Bottomley writes, “we note that CCHW also experienced strong organic growth in many of its core markets.”

Canaccord then breaks down Columbia Care’s top five states. First off is Colorado, which the company has the leading retail footprint in. Next is Pennsylvania where the company aims to be the #1 wholesaler after closing its Green Leaf Medical Deal. Massachusetts, where adult-use dispensaries are supposed to start sales in downtown Boston starting in the second quarter of this year. Illinois, where Columbia’s revenue in the state increased 60% quarter over quarter. And last is Ohio, where the company has penetration into 83% of open retail locations.

Below you can see Canaccord’s updated full year 2021 estimates. 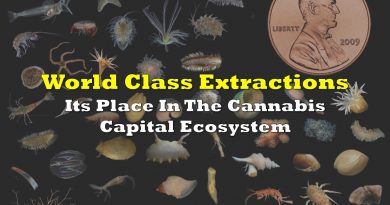 World Class Extraction, And Its Place In The Cannabis Capital Ecosystem 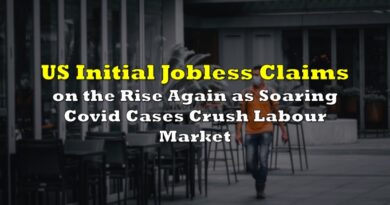 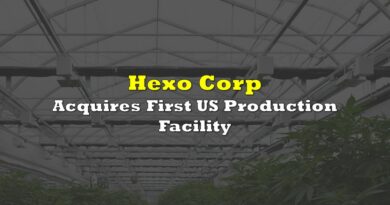