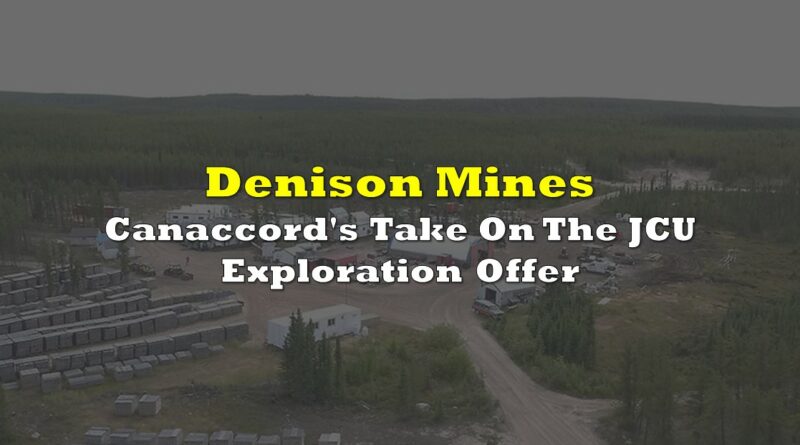 Earlier this week, Denison Mines Corp. (TSX: DML) announced that they sent an offer to Overseas Uranium Resources to acquire 100% ownership in its JCU Exploration Company. The company owns a number of uranium JV’s in Canada including a 10% interest in Denison’s Wheeler River project. Denison’s offer is for $40.5 million in cash which is broken down into $10 million upon signing the agreement, $28 million upon closing and $2.5 million in working capital adjustments payable 45 days after close.

In Canaccord’s flash update, their analyst Katie Lachapelle, who has a C$2 12-month price target on the company and a speculative buy rating, says that the two companies make a great match and, “is unlikely to be met by a competing bid from UEX, given a purchase price of more than 3x UEX’s offer.” She says that the rationale is clear as Denison will be able to have a 100% stake in its flagship project and says that alone justifies the acquisition but adds, “We see the benefit to Denison consolidating 100% ownership of Wheeler River, with respect to negotiating a future financing agreement and/or partnership.”

Below you can see the additional joint ventures JCU has which includes a 30% stake of Millennium, 33.812% of the Kiggavik project, and 34.451% of Christie Lake. Lachapelle says the projects, “represent some of the better-undeveloped projects in Canada and are all well advanced with strong JV partners.” 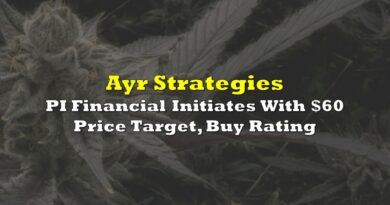 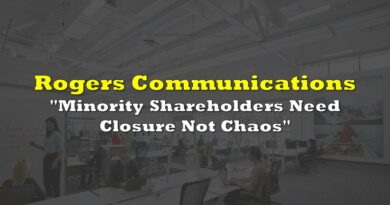 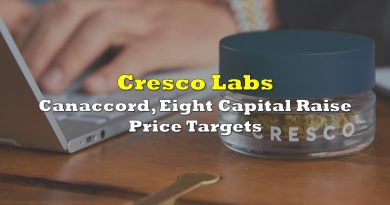