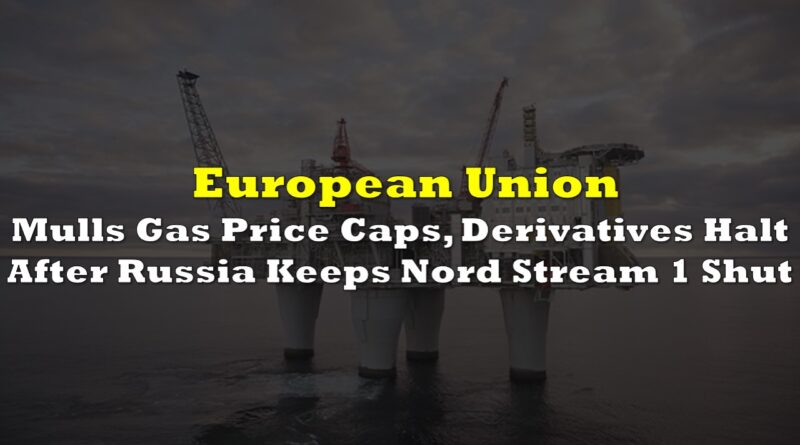 European leaders are set to discuss special measures in an emergency meeting to determine responses to soaring energy costs, including putting price caps on natural gas used for power generation, capping a price ceiling on gas imports from Russia, and suspending trading on power derivatives markets.

The move, materializing the long-rumored action on energy prices, is seemingly in response to Russian state-owned Gazprom keeping the Nord Stream 1 pipeline offline indefinitely due to an alleged leakage. The halt comes after the pipeline was scheduled to reopen after its sudden three-day routine maintenance.

However, the Kremlin has a different reason, saying the pipeline will remain closed if the “collective West” will not lift the sanctions imposed on Russia.

“The problems pumping gas came about because of the sanctions western countries introduced against our country and several companies,” said Russian Presidential Spokesperson Dmitry Peskov to Interfax news agency. “There are no other reasons that could have caused this pumping problem.”

Benchmark European gas prices surged by more than 30%–the highest jump in six months–following Gazprom’s decision over the weekend.

The union would also be considering an “urgent” credit line support for those industry players facing high margin calls and capping the limits for automatic price ceiling adjustment for local producers.

For its part, Sweden already announced that the government plans to extend emergency liquidity support to its local electricity producers, also in response to Moscow’s move to shut off the pipeline.

The union, currently led by Czech Republic, has been on energy storage mode–shoring resources and filling energy facilities–in preparation for winter when there’s a higher demand for electricity. The leadership plans to tell member states that “it is clear that the upcoming heating season will test the resilience of the EU energy market,” according to a draft document made for the meeting.

Compounding the energy crisis conundrum, the Organization of the Petroleum Exporting Countries has decided to reduce its October production back to its August levels, saying that the “upward adjustment of 0.1 mb/d to the production level was only intended for the month of September 2022.”

The reduction in production has been prefaced in August by Saudi Arabian Energy Minister Prince Abdulaziz bin Salman, noting that oil futures market might be increasingly disconnected from its fundamentals. The disconnect is said to demand the international organization to follow through its commitment to address the situation, including possibly “cutting production at any time” if necessary.

The move is said to be taken as a response to G7 countries’ oil import price cap announced on Friday.

Bloomberg energy columnist Javier Blas described the potential repercussions of the cap in a relatable metaphor. 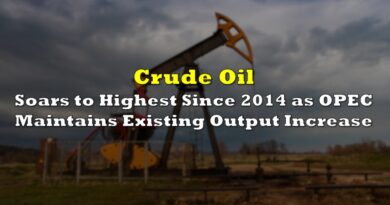 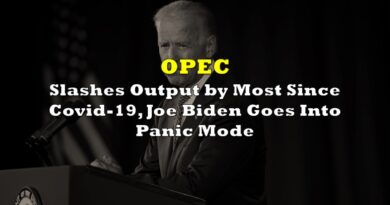 OPEC Slashes Output by Most Since Covid-19, Joe Biden Goes Into Panic Mode 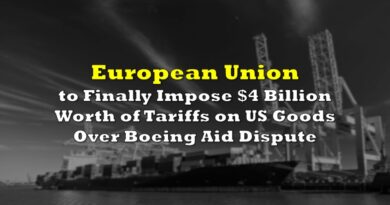