The former workmates, reported ex-romantic partners, and now, distant crypto chiefs are likely to converge in a court battle–adding a potential plot twist to the FTX contagion.

Soap operas wouldn’t be able to hold a candle to the real-life drama that is the FTX contagion as the brouhaha seemingly added an interesting (possibly romantic) twist.

Former Alameda Research CEO Caroline Ellison was spotted on Monday morning at the Ground Support Coffee on West Broad in SoHo Manhattan, disputing the rumors that she’s in Hong Kong.

It is still quite unclear why Ellison is in New York (or not in custody, for that matter) but Twitter user @AutismCapital–which also broke the sighting–was able to condense from sources that the former Alameda chief is now being represented by WilmerHale, a reportedly well-connected DC law firm.

“The general consensus is that Caroline Ellison is likely in NY cutting a deal and cooperating with SDNY prosecutors to roll on Sam,” the Twitter account said.

The whole debacle started with a Dirty Bubble Media report claiming FTX’s sister hedge fund, Alameda Research, is insolvent and projected to suffer the same fate as that of the bankrupt Celsius Network. Most of its assets are tied to FTT and other tokens tied to Bankman-Fried.

Ellison tried to refute the report, saying it is a balance sheet just “for a subset of our corporate entities” and therefore doesn’t reflect the entirety of the company.

But after FTX started to come crashing down, according to a person familiar with the situation, Ellison disclosed the cause of the collapse to Alameda staff. She apologized for disappointing the group. She claimed that in recent months, Alameda had taken out loans and utilized the proceeds to fund venture capital investments, among other things.

According to four people acquainted with the situation, Bankman-Fried maintained a somewhat secluded existence in the Bahamas, surrounded by a small clique of colleagues, some of whom were in intimate relationships with other FTX employees. He and his top lieutenants shared a penthouse at Albany, a 600-acre oceanfront resort on the Bahamas’ island of New Providence.

Two people have said Bankman-Fried and Ellison were at times romantically involved–which the FTX founder confirmed although they are not in a relationship anymore.

The former FTX CEO is rumored to be selling the luxury 12,000-square-foot penthouse in Albany Resort on the New Providence island in the Bahamas where the failed crypto exchange company was headquartered.

The top lieutenants of the fallen crypto exchange have seemingly parted ways. Only Bankman-Fried has been touring around interviews and speaking engagements, explaining his understanding (or the lack thereof) of what happened to FTX. He even teased a US Congress to California Rep. Maxine Walters and the House Committee on Financial Services–but only if he was able to finish “learning and reviewing” what happened.

It seems he’s willing to talk to media and platforms, but not to the point of going near government authorities.

In his recent CNBC interview with Andrew Sorkin, Bankman-Fried essentially claimed that he doesn’t personally have “criminal liability” as he tried to explain how the once-$32 billion crypto exchange FTX was sent into a downward freefall after a run on deposits earlier this month left the company with an $8 billion shortfall, ultimately resulting in a Chapter 11 bankruptcy filing.

When asked: “You had power over her and she did what you asked for… Why would anyone believe anything you say when you’re throwing your own lover under the bus?” Bankman-Fried seemed to be uncomfortable with the question.

“Look, I fucked up big, but I’m pretty offended by some parts of that,” he said. “Caroline and I had been together for a while. I don’t control her. I never did. I think it’s really fucked that you would say that I would — that that’s how things work.”

Opposite Bankman-Fried–who goes around to appear to be explaining his non-culpability–Ellison seems to be going on a legal route and reportedly working with authorities to cut a deal.

The road taken by Ellison seems to be a smarter move. Bankman-Fried’s media tour–against the advise of his lawyers–seems to be doing more harm than good for him.

In a Twitter space touted “SBF First Crypto Appearance” by Mario Nawfal’s The Crypto Roundtable, Bankman-Fried was asked to expound on why there’s no more bitcoin to withdraw during the liquidity crunch of the bankrupt exchange. Co-host of the audio show Ran Neuner characterized the situation as customers having a hard time withdrawing their bitcoin balances because “bitcoin actually didn’t exist” on the platform.

Bankman-Fried agreed with Neuner, saying it is “another way of phrasing” what happened to FTX.

“Right, yeah, I believe that what you’re saying is in fact, part of what happened,” Bankman-Fried responded.

And now, we await the next episode.

Information for this briefing was found via Zero Hedge, The Intelligencer, and the sources mentioned. The author has no securities or affiliations related to this organization. Not a recommendation to buy or sell. Always do additional research and consult a professional before purchasing a security. The author holds no licenses. 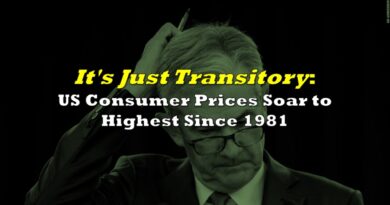 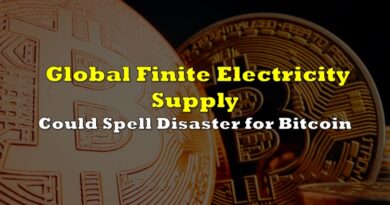 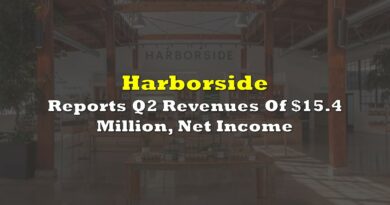