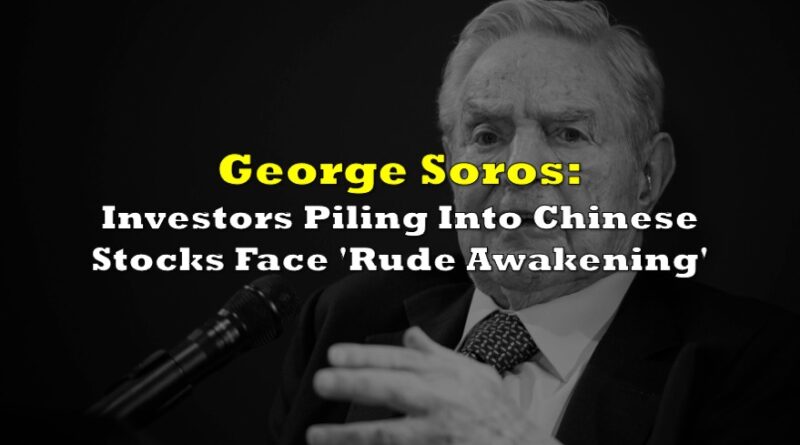 Liberal philanthropist George Soros has issued his take on the recent interest in Chinese stocks, warning investors that they are in for a rude awakening.

In an opinion piece published by the Financial Times, Soros warns of the impending risks investors may not be aware of when they take advantage of the recent dip in Chinese stocks. Share prices have plummeted since the beginning of the year, as tit-for-tat measures by Beijing and Washington have ignited a regulatory crackdown. Although China’s financial authorities have taken strong measures to assure foreign investors that the country’s markets are still lucrative, Soros suggests otherwise.

It “is a deception. Xi [Jinping] regards all Chinese companies as instruments of a one-party state. Investors buying into the rally are facing a rude awakening. That includes not only those investors who are conscious of what they are doing, but also a much larger number of people who have exposure via pension funds and other retirement savings.”

According to the billionaire investor, pension fund managers that are investing in Chinese stocks while strictly adhering to ESG standards are duping themselves, because the Chinese government is not accountable to international authorities. Soros specifically took issue with BlackRock, accusing the hedge fund of including a significant proportion of Chinese companies in its portfolio, which ends up overweighing ESG market trackers.

“These indices have effectively forced hundreds of billions of dollars belonging to US investors into Chinese companies whose corporate governance does not meet the required standard,” he wrote. The warning comes merely weeks after BlackRock persuaded investors to raise their exposure to Chinese equity stocks to as much as 10% of their portfolios.

Soros also praised SEC Chair Gary Gensler for taking a more hawkish stance with China, and issuing warnings of the potential financial risks unbeknownst to American investors. In response to Gensler’s warnings, Soros said, “Xi’s China is not the China they [investors] know. He is putting in place an updated version of Mao Zedong’s party. No investor has any experience of that China because there were no stock markets in Mao’s time. Hence the rude awakening that awaits them.” 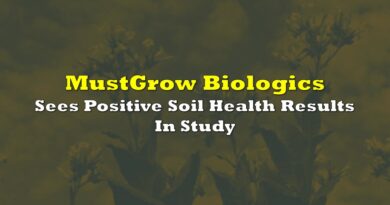 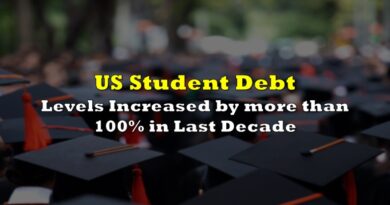 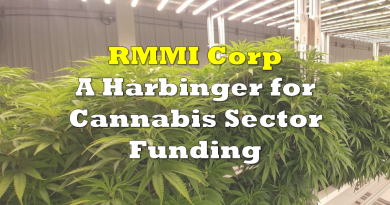 RMMI Corp Financing is a Harbinger for Cannabis Sector Funding