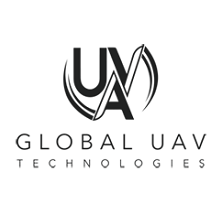 Global UAV Technologies Ltd (CSE: UAV) is arguably a leader in the small unmanned aerial vehicle (UAV) sector that exists within Canada. While this emerging industry works on coming to fruition, Global UAV has managed to compile a portfolio of diversified subsidiaries in the field. These strategic acquisitions, all of which occurred in the last year, have enabled the company to get a lead on many of its competitors.

Recently, it appears that the market has slowly taken notice of this fact. After consolidating in the single digits for months on end, Global UAV’s share price finally woke up at the start of this year. If investor sentiment is any indication, the consolidation that followed will be nearing an end shortly as well with the filing of the latest company financials.

High hopes rest on these financials, as investors have been without details since September 21 when the last data was filed. Although positive, numerous developments have occurred in the time since this information was released. Lets take a look at a handful of the positive indicators Global UAV currently has on the go.

By and large, one of the most positive indicators for the future of Global UAV is their performance for the third quarter of 2017. For the quarter ended July 31, 2017 Global UAV Technologies managed to post a profitable quarter. On the Canadian Securities Exchange, this occurrence is few and far between.

Although positive on the quarter, they did still post a deficit for the nine month period which does need to be acknowledged. It should also be noted that salaries and wages seem absurdly low for a company with four separate subsidiaries. During the three month period they managed to spend more funds on investor relations than that of paying their employees. Nor is share-based compensation overly high, which leaves us with a few questions.

In addition to posting a positive income statement for the three month period, the company also managed to post a positive cash flow. This was due in part to warrants that had been exercised in the period to the tune of $242,750. Overall, on the quarter the company registered a cash gain of $97,013. Not a large number, but positive nonetheless and an excellent sign of what may be to come in the latest filings.

The second item on our list for positive indicators, is the three cornered approach that Global UAV Technologies has taken to the sector. Rather than focus on one niche of the industry, they’ve taken a more vertically integrated approach. This is displayed through the three divisions in which their four subsidiaries currently reside. Here’s a quick run down.

This three cornered approach by Global UAV was implemented shortly after the most recent financials. This is thanks in part to the acquisition of NOVAerial Robotics on August 9, a few days after the end of the third quarter. Information issued by the company has been viewed positively since the time of this acquisition, however the numbers will tell the whole story in the next financial filing.

The final overly positive indicator for Global UAV Technologies is the strategic relationships it has managed to form in a short time frame. Of particular importance, is the government agencies and NGO’s the company has chosen to align itself with.

Of particular note, is the relationship the company has formed with the Canadian Trade Commissioner Service. Through this government agency, the company has been opened up to a range of governmental contacts around the world. This includes contacts in Africa that are assisting the company with gaining access to the region, in particular with national companies. In addition to this the Service recently was able to secure a spot for Global UAV at WEST 2018, a conference for military, government, and industry leaders. Of particular note, is a number of private meetings that were secured with the US Department of National Defense and other large stakeholders.

In addition to the US Department of Defense, Global UAV has had discussions with it’s Canadian counterparts as well. In this regard, they have performed demonstrations for members of the National Research Council of Canada as well as the Department of National Defense, which occurred back in November 2017. This could be a potential key contact should the Department elect to utilize the NOVAerial units that were being demonstrated.

Finally, is the non governmental agencies that Global UAV has performed its services for. Specifically, this comprises of the Fallen American Veterans Foundation, an NGO committed to bringing home missing in action American soldiers. The contract is for operations worldwide, however the first mission is located in that of Greenland. Here, Global UAV will aid in searching for a US Coast Guard ship lost in November 1942 that is now hidden beneath layers of ice. The work conducted through this NGO will then potentially lead to further contacts for the company.

At this point in time, we view Global UAV Technologies in a quite favourable light. However with that being said, we are eager to review the latest financials due out by the end of the month. Many developments have occurred in the time since the last company filing, and the potential effects on company financials are quite large.

Unfortunately, the latest financials won’t give us an entirely clear picture of the latest success of the company. With these financials being for the period ending October 31, much of the most notable items have since taken place for Global UAV and therefore will not be included in the figures provided. Our only hope is that the company can continue to display strong financials through its period of rapid growth.

Find the companies that offer the most future potential. Dive Deep.

Information for this analysis was found via The CSE, SEDAR, High Eye Aerial imaging, Pioneer Aerial Surveys, UAV Regulatory Services, NOVAerial Robotics, and Global UAV Technologies Inc. The author has no securities or affiliations related to this organization. Not a recommendation to buy or sell. Always do additional research and consult a professional before purchasing a security.

Namaste Technologies: Over Priced, or Par for the Course?

Harvest One Cannabis Inc: A Global Player in the Making