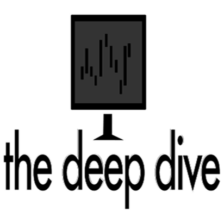 If you are investing in cannabis stocks or stocks in general in Canada, a term you may have heard thrown around on Social Media is “Cheque Swaps.” This has some alleged ties with the recent BridgeMark Scandals, where a simple headline more than likely makes you scratch your head:

If you are a critical thinker, you more than likely have a variety of thoughts popping into your head here, which may include:

What kind of services are they providing?
Why not just do a $1 million dollar private placement?
How is this legal?

A Fictitious Example of How a Cheque Swap Works

Gerry Mining has a stock price of 5c. They have very little cash in their bank account. They have bills to pay. They want to keep their mining claims, pay their listing fees, accountant, lawyer, etc. The appetite for a Gerry Mining private placement looks weak, in fact, non-existent. They are stuck between a rock and a hard place. They need to raise $300,000 just to remain an active listing for the next year.

Some might argue that Gerry Mining should just close up shop. What’s the point of operating? Well, the founders and management behind the company still believe in it. They think there is a big copper bubble just around the corner.

Just as luck may have it, the company receives a call from Charleton Advisors. This group calls themselves promoters. They happen to be from, oh I don’t know, let’s say Vancouver. They tell Gerry Mining Management, “We will do a $500,000 raise, in exchange for $400,000 of services. Those services will include using our proprietary tools to promote the stock.”

What is in it for Charleton Advisors? They look at it like this, “We are effectively paying 1c per share. We are really only paying $100,000 for $500,000 worth of 5c shares. So we will receive 10,000,000 shares for net $100,000, or 1c a share.” Now it is in their interest to do whatever they have to do to create volume and raise the share price. Perhaps they even received warrants for the private placement, and they want to make money off those. As long as they can sell their shares above 1c, they make money. Again, the stock is currently trading at 5c. Seems like a good bet.

Are All Cheque Swaps a Bad Thing?

Not necessarily. Let’s say in this case Gerry Mining has great claims, but was just forgotten about. Perhaps the company should be trading at 20c relative to its peers. Having a group come in and do the private placement injects some cash into the business immediately and now there is a promotion to attempt to get the stock to trade closer to peers. If the promotion is successful, shareholders are now holding onto a company that remains with an active listing and has the cash necessary to have the time to figure out a new strategy. Heck, even some of the old shareholders can get out at a much higher price.
When Cheque Swaps Are a Bad Thing

The problem is, that sometimes promoters do not actually care about lifting the share price. They only care about driving enough volume to move their own shares. In this case, so long as they can sell all their shares above 1c they make money. Of course, they would rather sell their 10 million shares at 20c than 2c, but they walk with a profit for a questionable amount of service.

Lets say that Charleton Advisors approaches 20 companies with the same pitch. And in each case they are buying shares (plus getting free warrants) for 10c on the dollar. Now let’s assume that between those companies they pay $2 million for $10 million of stock. And let’s say that by the time they unload their position in each stock, the average stock they represent is down 20% and they sell everything. That would mean they sold all their stock for $8 million. In this case they made $6 million.

In this case, if Charleton Advisors main goal was to lift the share price they haven’t provided any value. They made money for themselves, but on average, the companies they worked with are in worse shape (at least in terms of share price).

The basic question shareholders need to ask them self when identifying a cheque swap is:

Does this create shareholder value?

The answer is never simple. Looking at a stock price out of a vacuum is often a poor benchmark for performance. There are many factors affecting the outcome: broad markets, industry catalysts, other shareholders, interest rates, etc.

However, when we can look at a group of consultants who have done a large number of cheque swaps, sometimes referred to as “deal junkies” we can quickly get a larger sample of their performance. If the majority of those companies have not performed we can quickly figure out how who they are working for – themselves.

How Can I Identify a Cheque Swap Occurred?

The easiest way is by looking at consulting fees on the income statement. If a pre-revenue company that recently raised $3 million is spending in excess of $0.5 million a month in consulting fees and investor relations, it could be a signal the company you invested in attempted a cheque swap.

Another telltale sign is if a Company does a private placement and on the next quarterly report the majority of that cash is missing but we see a large prepaid expense item. That more than likely means the company just handed back a large amount of cash to the “investor.”

How Can A Cheque Swap Be A Good Thing?

Let’s say the consultants manage to actually bring in real investors. The story was just undervalued and all it needed was “eyeballs.” In this case, the stock price may have gone from 5c to 15c. The company now has cash in the bank from the warrant conversions and investors have seen a 200% gain from the previous share price of 5c. In this case, it would be hard to argue that the cheque swap wasn’t a great thing.

It is very difficult to say how often a cheque swap works out in favor of investors. There isn’t any concrete data; this usually isn’t disclosed. In general, the saying “follow the money” would be a good way to perform your due diligence on a microcap stock. If the group promoting a stock has promoted many others, how do these stories usually work out for shareholders?

My final advice to retail investors is this; the best thing to realize is that if you are investing in a stock that is trading with less than a $5 million market cap and little cash in the bank, you are investing in a very risky asset. Make sure to understand all the names of directors and management, and ask yourself if you think the company has a pathway to be around in 12 months without super diluting you to get there. 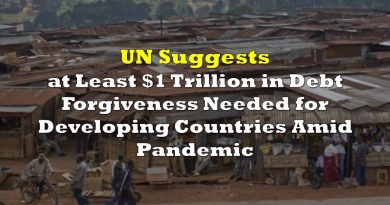 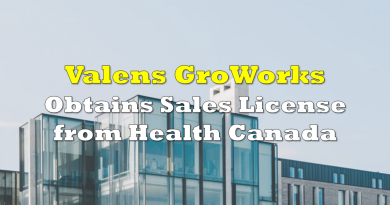 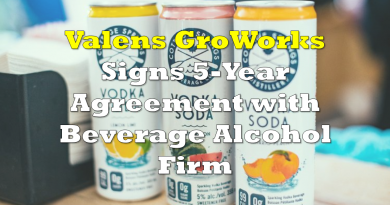