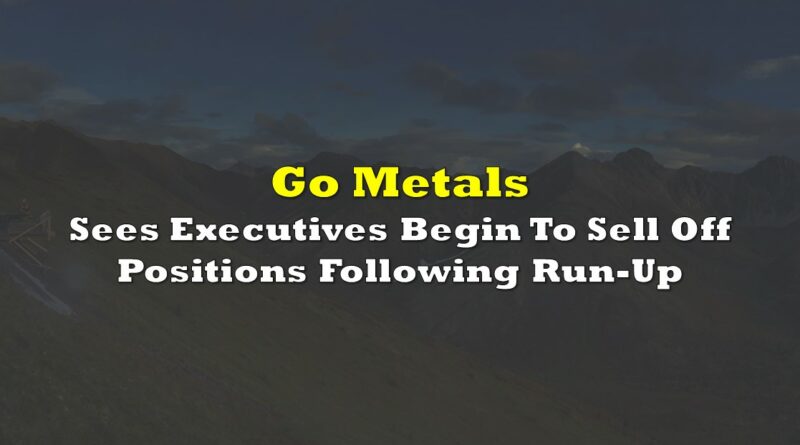 The company has seen Chairman of the board, Don Sheldon, file his first sale of company stock last night after the market close, with 100,000 shares sold by the director immediately after exercising warrants at a price of $0.25 per each. Shares were sold at a price of $0.89 per each, meaning Sheldon pocketed a $0.64 gain on each share sold. The sale takes his holdings in the company down to 917,553 shares, in addition to 200,000 warrants that remain.

Chief Financial Officer and director Brian Murray meanwhile has also begun to sell his small stake in the company. The executive sold a total of 16,966 shares on September 14, which he filed this morning, for gross proceeds of $12,894. While it may appear insignificant, Murray now holds just 1,667 shares in the company, along with 150,000 options.

Go Metals has been in the spotlight since posting core photos last week that reportedly demonstrated the firm intersecting “wide intervals of nickel and copper sulphides.” While no assays were attached to the release – the core is still being processed in the lab – the company managed to post a 429.4% increase on the day last Tuesday, and has managed to continue the move up in the days since.

Information for this briefing was found via Sedar, Sedi, and the companies mentioned. The author has no securities or affiliations related to this organization. Not a recommendation to buy or sell. Always do additional research and consult a professional before purchasing a security. The author holds no licenses. 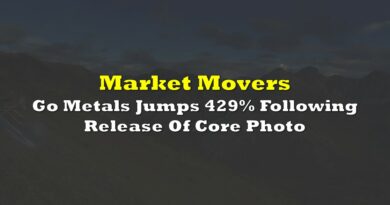