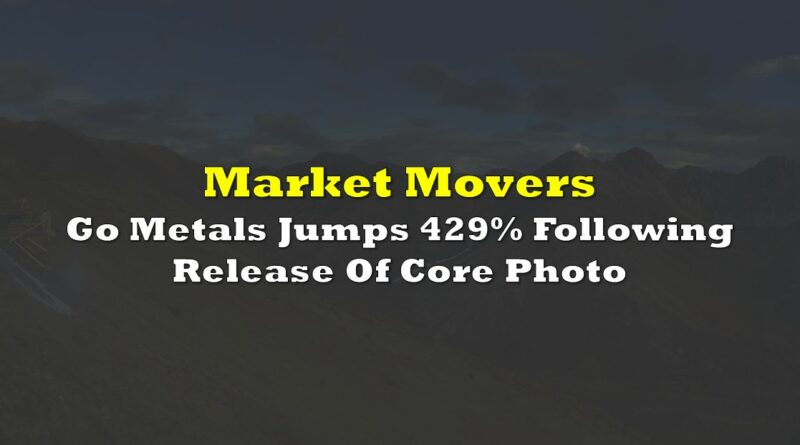 Amidst a sea of red caused by a poor inflation print in the US, one name in Canadian markets stood out yesterday for just how much it moved. Go Metals Corp (CSE: GOCO) yesterday climbed an astounding 429.4% on 6.16 million shares despite the broader market having the worst day in over a year.

The company moved so significantly on the news that they have intersected “wide intervals of nickel and copper sulphides.” To be clear here – drill results were not actually posted by the company. Instead, the market appears to have gone buck wild on a single photo of drill core posted by the company, which is still waiting to be assayed by the lab.

That core photo comes from hole DDH-22-01, which was conducted at the firms HSP Nickel-Copper PGE Project, based in Quebec. The project is currently being subjected to a 2,000 metre drill program focused on six priority targets which have confirmed nickel-copper mineralization at surface. 1,250 metres have been drilled to date, with samples now having been sent off to be assayed for nickel, copper, platinum, and palladium.

The HSP property itself meanwhile covers an area of 150 square kilometres on top of the Havre-Saint Pierre anorthosite complex. The geological model for the property is still under development, with the mineralized system is viewed as being open along strike and at depth, with results to date warranting “significantly more drilling.”

And that’s really the extent of the details provided by the company yesterday, despite its massive 429% gain on the day following the release.

Separately, the share structure of the company should be denoted in relation to the massive jump seen yesterday. The company itself has just 20.55 million shares outstanding, following a share consolidation that occurred last year. Go Metals also has 6.4 million warrants out with a $0.25 strike expiring February 2024, and a further 400,000 warrants at $1.12, expiring July 2023, as per a June-dated investor deck. The investor deck makes no mention of options, however as of April 30 there was roughly 1.1 million outstanding with exercise prices between $0.26 and $3.00.

With a stated insider ownership of 18% as per the firms investor deck, this leaves a float of approximately 16.8 million shares.

Even with yesterday’s massive move, the company at a closing price of $0.45 yesterday had a market capitalization of just $9.25 million. This small figure has many investors betting on what may be the next nickel discovery, even if their only evidence so far is a photo of a single core.

At the same time however, they appear to be discounting just how early stage the project is – the first holes haven’t even been assayed yet – while not considering the inevitable dilution that will occur as exploration costs rack up. At last count, the firm had $1.4 million in cash on the books, plus a subsequent flow through financing that brings total cash to roughly $2.0 million – hardly enough to seriously explore a property in the current inflationary environment.

In our view, what yesterday’s performance by Go Metals points to, is a simple theory: buying begets buying. Especially on a day where very little else is showing some green.

Go Metals last traded at $0.62 on the CSE, with 1.75 million shares already traded in the first fifteen minutes of the market. 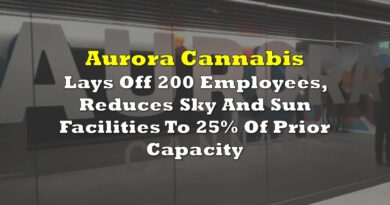 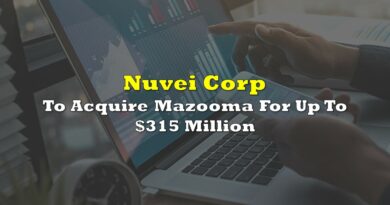 Nuvei To Acquire Mazooma For Up To $315 Million