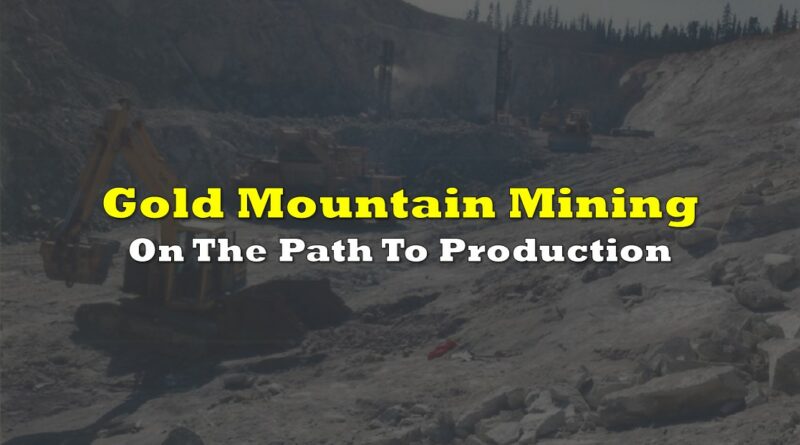 Gold Mountain Mining Corp. (TSXV: GMTN) is a Vancouver-based advanced-stage junior gold exploration company that is developing its flagship Elk Gold Property in British Columbia. The 16,716 hectare property is host to the past-producing high-grade Elk Mine, which is located 35 minutes southeast of Merrit and 45 minutes west of Kelowna, and is easily accessible by road and can be operated year-round.

The company caught our attention recently when it’s share price was essentially cut in half, which seemed surprising considering the company had completed a $12 million bought-deal financing at $2.10 per share.

Gold Mountain is in the process of preparing the high-grade Elk Mine for open-pit production and has already commenced stripping waste rock while it awaits its mining permit. The firm expects to receive this permit by early August, which is to be followed shortly thereafter by its environmental permit. Following the receipt of these permits, Gold Mountain will then begin production, with a goal of delivering its first ore shipment by October 2021 and generating revenue.

Concurrently, GMTN is in the midst of its phase two drilling program, conducting step-out exploration on it’s Siwash North Zone on the property. The program is designed to further delineate the size and scope of the mineralized zone to define additional resources to surpass the company’s overall 1 million ounce gold resource estimate target. According to a NI 43-101 report, the project currently has measured and indicated gold equivalent resources of 651,000 ounces at an average grade of 6.1 g/t gold.

The Elk Property has eight previously identified gold mineralization zones within a consistent geological structure throughout most of the property. Future drill programs will better determine if the various mineralized zones are part of a much larger overall deposit, which would have a significant impact on the value of the project. Unexpectedly, a zone on the southwest portion of the property indicates significant porphyry copper potential that will require further drilling.

Gold Mountain has significantly de-risked its project by initiating production to generate cash flow from its initial 19,000 ounce target. According to the company’s Preliminary Economic Assessment (PEA), the open-pit nature of the mine suggests a low capex of $9 million to bring on stream and an operating cost of USD $554/ounce.

The firm has an ore purchase agreement with New Gold to offtake all of Gold Mountain’s production, negating the need for GMTN to build a mill onsite at this time. Economics will determine if, as, and when the company would build its own mill.

The PEA contemplates annual production of 65,000 ounces of gold by year 4. This is significant for shareholders because with the company’s current cash position in excess of $15 million, it has more than enough capital to open the mine, and the profit from gold sales will enable it to self-finance its future mine expansion and exploration programs. This will prevent future dilution of the Company’s shares

With 68.72 million shares outstanding and a market capitalization of $103.93 million, Gold Mountain appears to be undervalued when considering that the company completed a $12 million bought-deal financing at $2.10 per share in late June. The firms strong cash position, imminent production, and the strong economics of the project would suggest that it has been significantly de-risked.

As its production and corresponding profitability increases, GMTN could become an attractive takeover candidate for a mid or large tier company seeking an acquisition to bolster their asset portfolio. With seven other mineralized zones on the Elk Mine Property, it is expected that there will be ongoing exploration activity to complement the production, and shareholders could expect a steady stream of news as Gold Mountain continues to advance the Elk Mine Project. 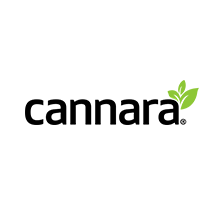 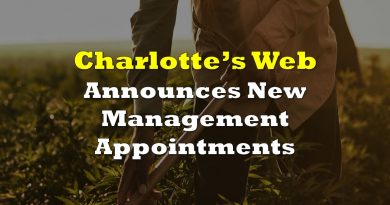 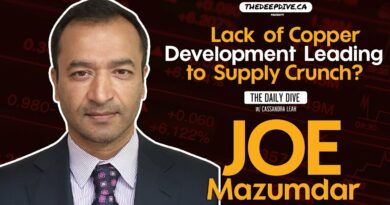 Is The Lack Of Copper Development Leading To A Supply Crunch? – The Daily Dive feat Joe Mazumdar