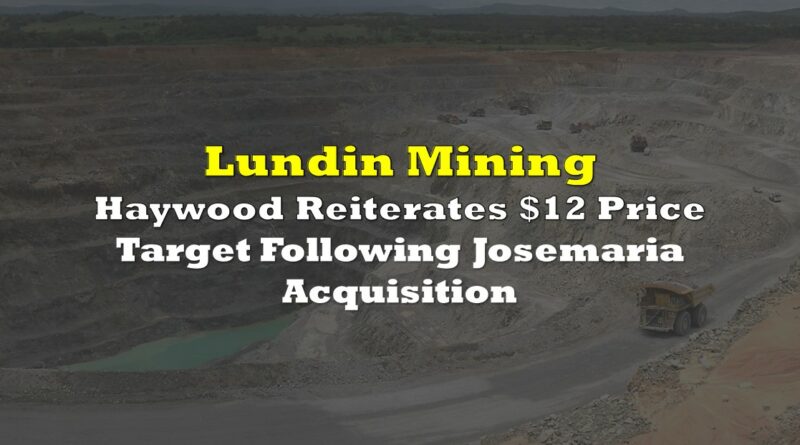 On December 20th, Lundin Mining (TSX: LUN) announced that they would be acquiring Josemaria Resources (TSX: JOSE) for C$625 million, or US$485 million. The deal is broken down that for every share of Josemaria Resources, shareholders can receive 0.1487 shares of Lundin Mining or C$1.60 in cash. The total cash consideration can only be equal to $183 million or 30% of the total consideration.

Lundin Mining says that the acquisition would provide Lundin investors with “large-scale copper-gold growth,” while increasing their copper production by almost 50% and gold production by 140%. They also say that the deal significantly reduces capital financing risks for Josemaria’s project timelines.

Lundin Mining currently has 20 analysts covering the stock with an average 12-month price target of C$11.68, or a 23% upside to the current stock price. Out of the 20 analysts, 2 have strong buy ratings, 5 have buys, 12 analysts have hold ratings and 1 analyst has a sell rating on Lundin Mining. The street high sits at C$14.75 while the lowest comes in at C$8.56.

In Haywood Capital Markets’ note, they reiterate their C$12 12-month price target and hold rating, saying that Rosemaria, “provides a welcome diversification from LUN’s existing portfolio,” but warns that this will be management’s biggest challenge to date.

Haywood sounds like they are not too surprised by this transaction, saying that Josemaria is a Lundin company and shows the overlap between Lundin Mining C-suite and Josemaria’s C-suite, as well as they point to the fact that the Lundin family and Lorito Holdings own roughly 42% of Josemaria Resources.

Haywood puts a loose production date of 2026 for Josemaria’s assets. They believe that the Environmental Impact Assessment and Fiscal Stability Agreement is to be done in early 2022, which means they could have a construction decision by the second half of 2022.

Lastly, Haywood says that this acquisition has the potential for significant NAV upside, as they have not included Josemaria numbers into their NAV. They say that based on their long-term copper and gold price of $4.15 per pound and $1,8000 per ounce, he project has an NPV of $3.2 billion and an IRR of 22%. 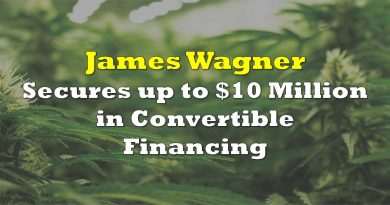 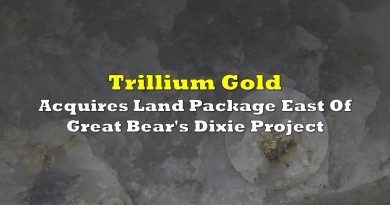 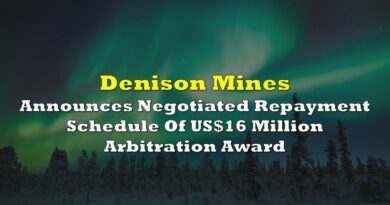