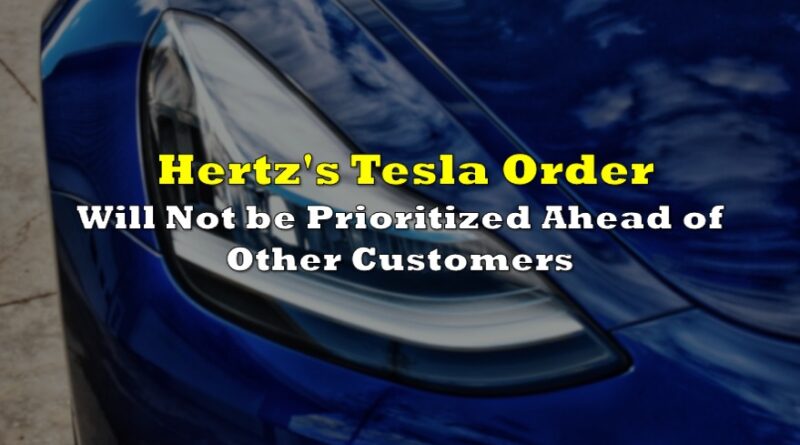 Shortly after car rental company Hertz announced an order of 100,000 vehicles from Tesla (NASDAQ: TSLA), markets were sent gushing about the prospect of such a lustrous deal with the EV maker. The announcement sent shares of both companies upwards, with investor optimism propelling Tesla into the exclusive trillion dollar club and CEO Elon Musk’s wealth well above $300 billion.

However, a week after Hertz excitedly announced it had placed “an initial order of 100,000 Teslas by the end of 2022,” Musk’s twitter finger once again became itchy, and the billionaire took to the social media platform to cast doubt on the deal, tweeting that a contract has not been signed. The following day, Hertz attempted damage control, stating that it stood by its previous comments. “As we announced last week, Hertz has made an initial order of 100,000 Tesla electric vehicles and is investing in new EV charging infrastructure across the company’s global operations.”

The car rental company then went on to announce that “deliveries of the Teslas already have started” as per the current 100,000 vehicle order. However, Hertz— which emerged out of Chapter 11 bankruptcy just this summer— acknowledged that its initial order may be impacted by “factors outside of Hertz’s control, such as semiconductor chip shortages and other constraints.”

Nevertheless, whether a deal has been signed or not, the main topic of discussions between Hertz and Tesla has been how soon the car rental company could receive its order. In fact, according to the Wall Street Journal, which cited people familiar with the matter, several Tesla officials were taken aback with Hertz’s claims about completing the order by 2022, because they were only expecting to deliver about 10,000 cars per year to the car rental company.

The people told the WSJ that representatives from both companies are currently in the midst of drawing up details of the deal, and have yet to specify a timeline of deliveries. Typically, an official contract is only signed once an initial order is placed to the car manufacturer, and that manufacturer locks the order into its production schedule. Despite ongoing negotiations, Tesla is still expected to supply Hertz with the 100,000 cars as per its list price.

Tesla also allegedly became concerned that markets would assume the EV maker will be boosting its production output following Hertz’s announcement. Currently, consumers have to wait a long time to receive their orders— deliveries of Tesla’s base Model 3s aren’t expected in the US until sometime in June 2022. “Tesla has far more demand than production, therefore we will only sell cars to Hertz for the same margin as to consumers. Hertz deal has zero effect on our economics,” Musk tweeted on Monday.

So, in short, it appears that Hertz’s deal with Tesla is not as exclusive as previously thought, and the car rental company will have to wait for Teslas just like everyone else. 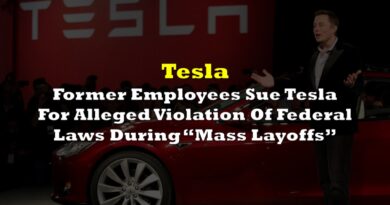 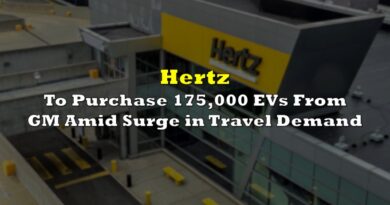 Hertz to Purchase 175,000 EVs from GM Amid Surge in Travel Demand 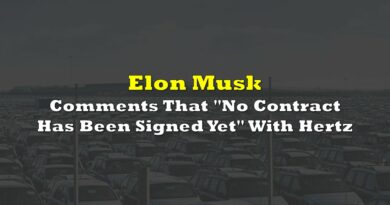