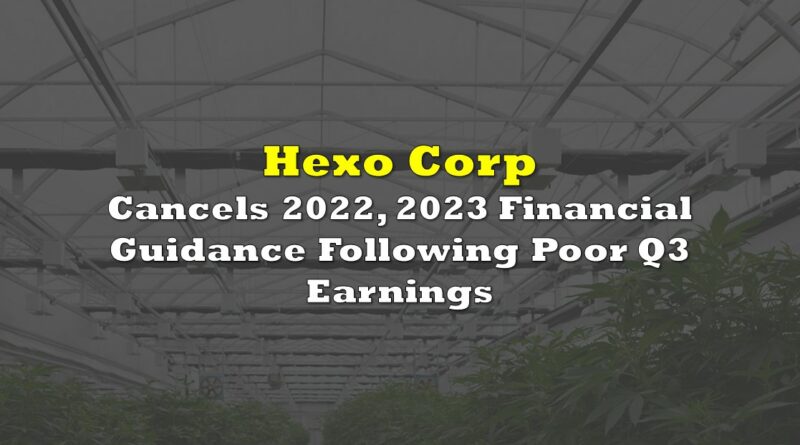 It appears that the impairment of over $616 million in assets in the second quarter was not enough for Hexo Corp (TSX: HEXO). The firm, whom reported earnings last night for the third quarter of 2022, has impaired further assets as its operation continues to decline.

Hexo’s revenues for the third quarter saw a sequential decline of 13.6%, with revenues falling to $45.6 million on a net basis from $52.8 million in the second quarter. The decline was blamed on falling sales in both the adult-use and international segments of the operation.

Cost of goods sold meanwhile remained higher than net revenues, with the firm posting a gross loss of $9.6 million for the three month period before fair value adjustments, demonstrating that the firm is struggling to right-size its operations as sales continue to tumble. Operating expenses meanwhile totaled $127.7 million, which includes an impairment of $83.2 million due to the closure of the Belleville facility.

The firms loss from operations ultimately came in at $133.0 million for the three month period, before an additional $19.7 million in other expenses and losses are factored in. Overall, the firm posted a net loss of $146.7 million for the third quarter, and an adjusted EBITDA of negative $18.3 million.

Cash and cash equivalents meanwhile declined from $37.7 million to $14.2 million during the quarter, while restricted cash sits at $142.2 million. Accounts payable comparatively currently sits at $62.2 million.

Most significantly, the company last night formally withdrew its financial guidance for both fiscal 2022 and fiscal 2023. The withdrawal was blamed on deteriorating market and macro-economic conditions, as well as senior management changes and the ongoing deal with Tilray. The guidance withdrawal applies to operational synergies and increases to cash flows. Translated, it means that any EBITDA estimates are said to no longer be applicable. The firm had previously indicated that cash flow would improve $37.5 million in 2022 and $135 million in fiscal 2023.

The filing of the firms third quarter financial results follows the news yesterday that the firm has once again renegotiated the terms of a debt purchase transaction with Tilray Brands (TSX: TLRY). 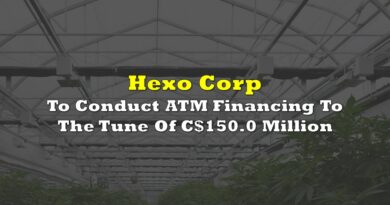 Hexo Corp To Conduct ATM Financing To The Tune Of C$150.0 Million 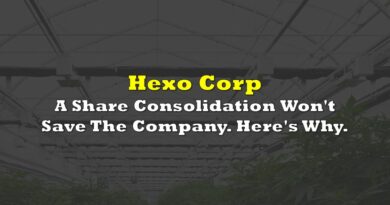 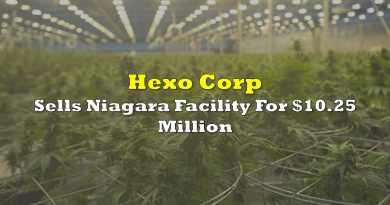