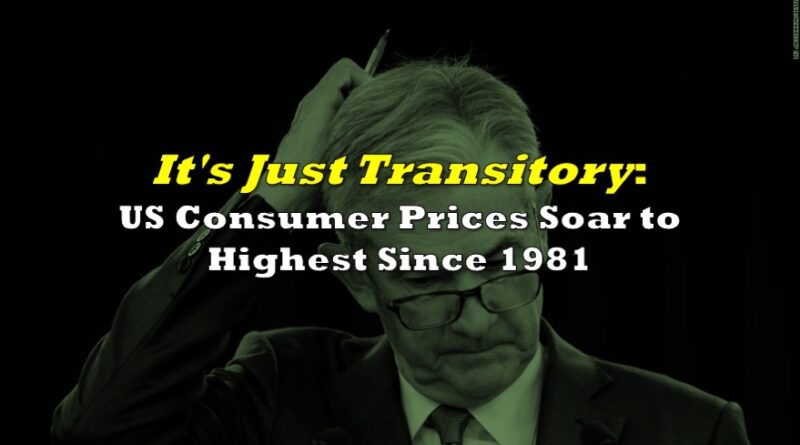 The largest month-over-month increase in core consumer prices since 1981 occurred today, as skyrocketing energy and used car prices surged significantly higher than expected. This has sparked concern among investors who are beginning to determine that the Fed’s guessing game of inflation goal posts may not be all that “transitory” after all.

Following a blowout March that saw overall CPI jump 0.6%, the latest April print was even more staggering: it appears that analysts significantly underestimated their 0.2% forecast, as headline CPI surged a whooping 0.8% from the previous month. To make matters worse, when compared to year-ago levels, CPI exploded 4.2%, marking the biggest surge since September 2008.

But wait, there’s more! core CPI, which excludes food and energy, rose 0.92% from March, and skyrocketed 3% from April 2020 levels! This was the biggest month-over-month jump since 1981, and the the largest 12-month increase since January 1996.

Overall energy prices rose 25% from year-ago levels, as gasoline and fuel oil jumped 49.6% and 37.3%, respectively. Similarly, used car and truck prices, which typically serve as a key inflation indicator, soared 21%, with April alone seeing a 10% increase. Shelter, which serves as another major CPI component, was up 0.4% from the month prior and 2.1% from April 2020.

Despite the record-breaking surges in prices that are becoming increasingly evident as pocketbooks across America are drained on the goods and services consumers are actually buying, the Federal Reserve continues to insist that it is all “transitory.” Instead, the Fed remains fixated on the labour market, which too, is crumbling with job openings soaring to a record-breaking 8.12 million as generous unemployment benefits continue to keep Americans succumbed to their homes.

Information for this briefing was found via the Bureau of Labour Statistics and FRED. The author has no securities or affiliations related to this organization. Not a recommendation to buy or sell. Always do additional research and consult a professional before purchasing a security. The author holds no licenses. 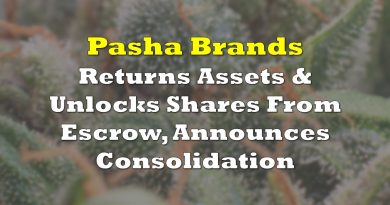 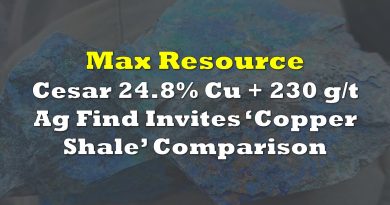 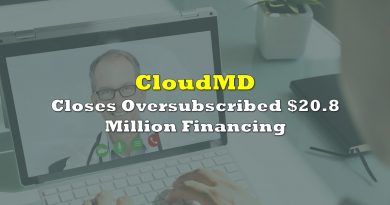