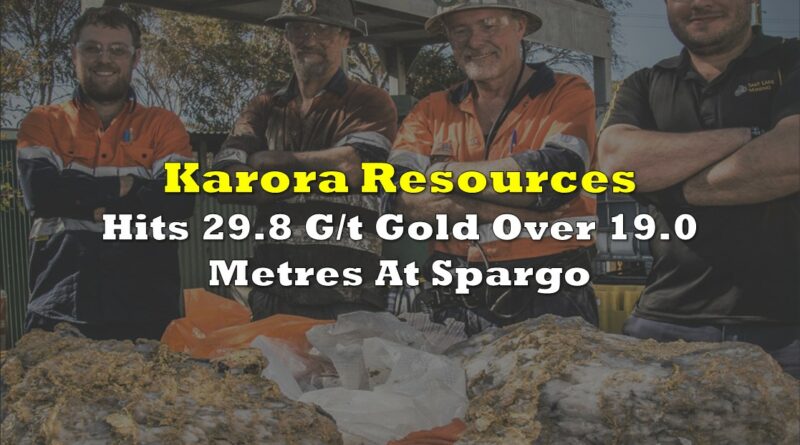 Karora Resources (TSX: KRR) this morning reported initial results from its ongoing 12,000 metre drill program at its Spargos Project, located in Wetern Australia. The company this morning announced that it has intersected several high grade intervals in initial drilling, all of which are within 100 metres from surface. Highlight results from the program include 29.8 g/t gold over 19.0 metres, with a sub interval of 99.5 g/t gold over 5.0 metres.

The company indicated that the results are strong enough that the project could potentially result in an “expanded open pit scenario.” The project is located roughly 65 kilometres north of Karora’s Higginsville mill by road, making it an ideal location for an additional mine. The property itself covers 33 square kilometres, while containing a historic resource of 112,000 ounces of indicated gold and 19,000 ounces of inferred gold, while also having a historic mine on site.

To date, 21 holes have been drilled to a combined depth of 1,608 metres, resulting in the first four lines of drilling at the project being completed. The program was first targeted to confirm a historic result from hole 19SPRRC004, which measured 37.1 g/t over 18.0 metres previously. That result has now been classified as confirmed, with a number of highlights brought forward from the ongoing drilling.

The remainder of the drill program is expected to be completed by the end of the year. The current program is focused on confirming the historic resource that exists on the property, while also extending known mineralization on the property. Karora will also look to use the data to establish a mineral resource that is “suitable for the production of a mineral reserve.”

That reserve will then be used to form a mine plan for the property, with the company currently planning to mine the initial ore from the property in the second quarter of 2021.

Karora Resources last traded at $3.33 on the TSX. 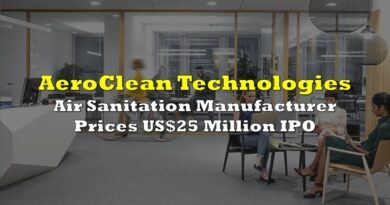 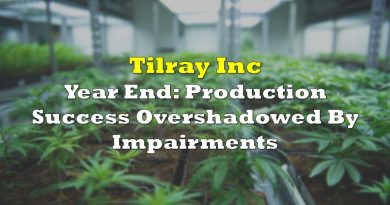 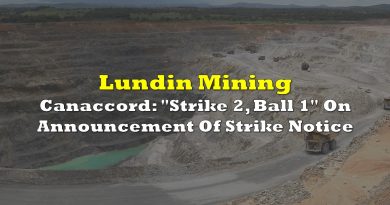