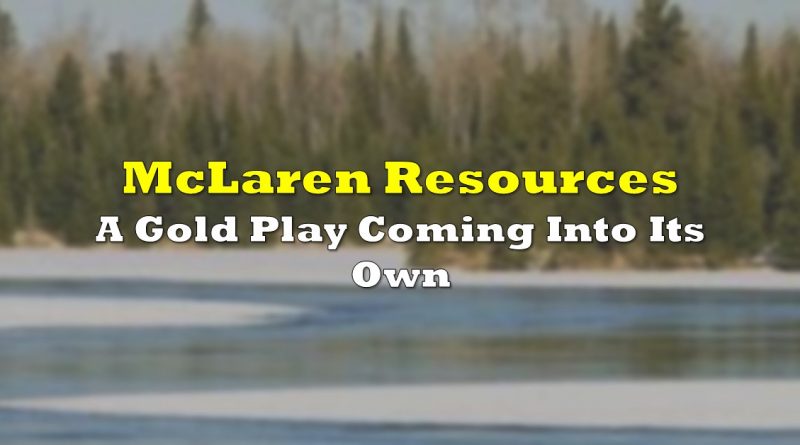 In May of this year, McLaren Resources (CSE: MCL) completed a sizable asset swap with gold mining giant, Newmont Corp (TSX: NGT). McLaren optioned its Augdome property, adjacent to Newmont’s Dome Mine east of Timmins, Ontario, with McLaren acquiring the McCool Property east of Matheson, Ontario, in the East Timmins gold district, along with the Kerrs property.

Outside of the two new properties acquired as a result of the asset swap, the company already had a number of potential properties on which it is undergoing exploration activities. Given that we’ve already conducted a review on the McCool property, we thought it’d be appropriate to now do a run through of the firms other properties.

A lesser known aspect of this asset exchange was that McLaren also acquired 100% of the Kerrs Property from Newmont. The 775 hectare Kerrs Property has 5 Leases consisting of Surface and Mining Leased Lands located in the northern part of the Larder Lake Mining Division in north-eastern Ontario near Lake Abitibi.

In the 1980’s, Noranda Exploration Co.  (Noranda) drilled and did work on the property, discovering a green carbonate gold zone. In 2001 Noranda sold the property to Newmont Canada, Newmont’s Canadian subsidiary, and Newmont subsequently sold it to Sage in 2003.

The 1980’s and ‘90’s saw a prolonged period of low commodity prices. As such, many large mining companies ceased exploration activities, preferring to focus on mining and the development of advanced properties. This vacuum left prospecting primarily to the junior exploration companies.

While the risk/reward for juniors is high, the successful development of an exploration prospect into a promising potential mine can produce extremely lucrative takeouts by the majors. They often don’t mind paying a large premium, having not incurred the risk of bringing a property to a high level of development.

The Blue Quartz property, located 73 km east of Timmins in Beatty Township, Ontario, consists of 25 patented claims, with a 50% ownership, covering 400 hectares co-owned with Orla Mining, as well as 8 crown claims 100% owned by McLaren. In 2011 McLaren acquired 240 hectares on 8 contiguous mining claims adjacent to the Blue Quartz Property. This more than doubled the mineralized strike length.

Blue Quartz is in close vicinity to many past and present producing gold mines on this section of the Abitibi Greenstone belt:

One can greatly surmise that McLaren will likely conduct work on the property in the near future. What makes Blue Quartz compelling for further drilling is that it straddles two prominent faults that are anomalous in gold. These are the Pipestone Fault and the Painkiller Fault.

The property hosted a producing mine in the 1920’s, which was an extension of the Hollinger ore zone. This produced 15,000 oz of gold, with the shaft extending to a depth of 940 ft.

Important to note: A NI 43-101 Technical Report identifies two potential drill program targets factoring in good gold mineralization indications near the Hollinger Mine, and also towards the northeastern section of the property near the McIntyre Mine.

For a small junior such as McLaren, with a market capitalization of under $4 million, they possess assets with very interesting exploration potential. They are both in a very prolific gold mining region and in close proximity to some of the world’s premier gold mines.

The Abitibi Greenstone belt that runs through this district is one of the world’s richest hosts of gold bearing mineralization. In the Abitibi Greenstone Belt, the question often is not whether a company will find gold, but whether the discovery can become a mine. With four compelling properties in the portfolio, McLaren appears to warrant consideration for risk-minded investors. 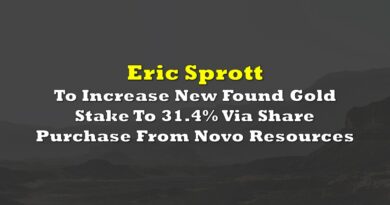 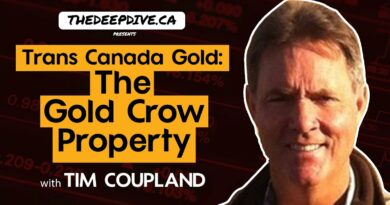 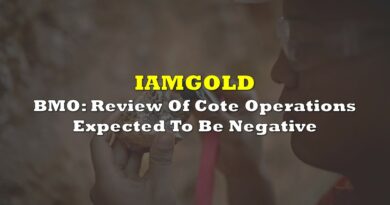 BMO: IAMGOLD’s Review Of Cote Operations Expected To Be Negative