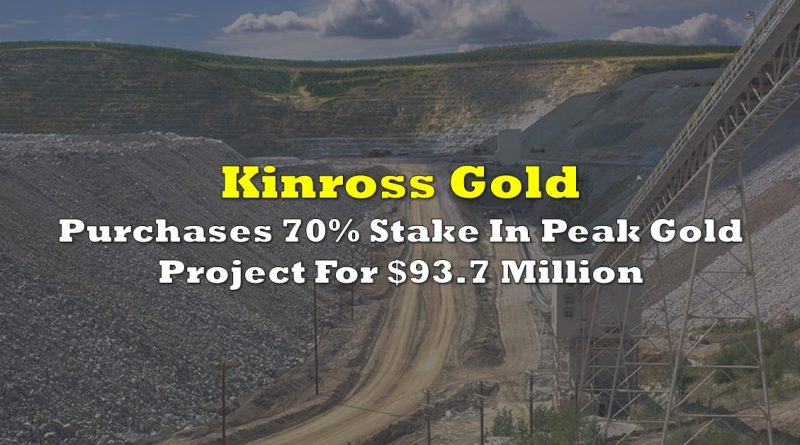 Kinross Gold Corp (TSX: L) (NYSE: KGC) is expanding its operations in Alaska. The company announced this morning that it is acquiring a 70% interest in the Peak Gold project in Alaska for total cash consideration of $93.7 million. As a result of its majority position, the company will act as the predominant operator of the mine.

Located 400 kilometres southeast of Kinross’ Fort Knox gold mine, the project is expected to be operated as a low cost open pit mine. The benefit to Kinross, is that it will be able to truck the crushed ore to its Fort Knox mill for processing, reducing the need to construct milling or tailings facilities at site.

Production at the pit is currently expected to begin in 2024, with it currently estimated that production will consist of 1 million ounces of a period of 4.5 years, with average milling grades of 6.0 g/t. Multiple additional exploration targets exist on the 675,000 acre property however for potential expansion of mine life. The property presently has an indicated resource of 1.2 million ounces of gold at an average grade of 4.1 g/t, along with a 116,000 ounce inferred resource at 2.7 g/t.

Initial project capital expenditures are estimated at $110 million, with the project expected to improve Kinross’ medium term production and cash flow. Capital expenditures are favourable to Kinross in particular due to the ability of the firm to avoid construction of addition facilities that would be required if not for the Fort Knox operation.

The blending of ore from Peak Gold with Fort Knox is also expected to extend the mine life of Knox while also increasing cash flow. Further, Kinross will also process the 30% allocation of the ore in which it does not own, which will be paid for via a management fee and toll mill fee.

Kinross is to acquire 70% of the Peak Gold project through two transactions. First, the company will acquire the 40% stake in the property owned by Royal Gold at a price of $49.2 million. The company will then purchase half of the 60% share that CORE Alaska, LLC owns in the property for total consideration of $44.5 million. CORE Alaska is a subsidiary of Contango ORE. Cash paid to Contango includes a $1.2 million prepayment reimbursement for a new royalty on silver revenues from Peak Gold.

The transaction is to close on or before October 1, 2020.

Information for this briefing was found via Sedar and Kinross Gold Corp. The author has no securities or affiliations related to this organization. Not a recommendation to buy or sell. Always do additional research and consult a professional before purchasing a security. The author holds no licenses. 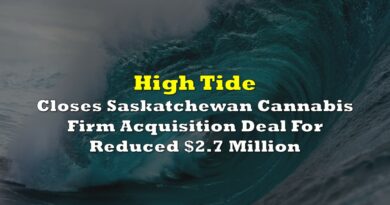 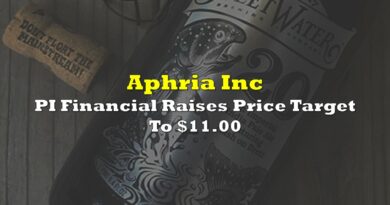 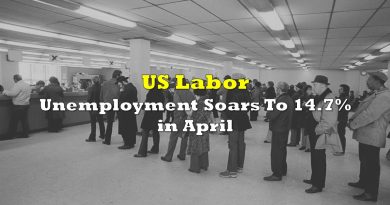 US Bureau of Labor Stats: Unemployment Soars To 14.7% in April