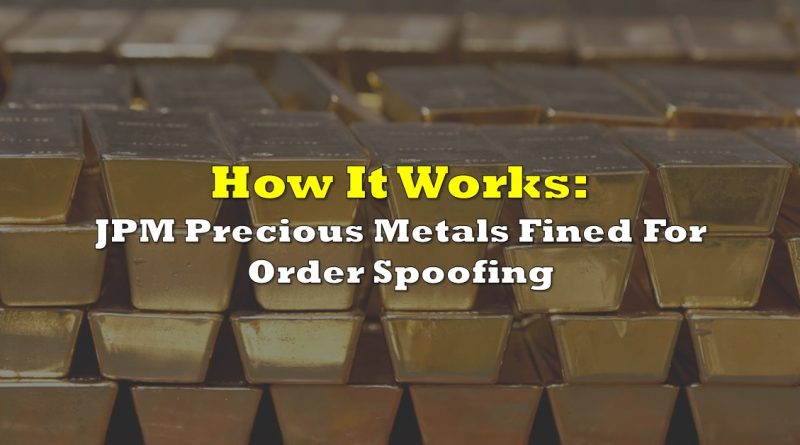 Bloomberg reported September 23rd that an investigation by the US Department of Justice and the US Futures Trading Commission into the manipulation of precious metals markets through order-spoofing has resulted in a billion dollar fine being levied against iconic US bank company JP Morgan Chase (NYSE: JPM).

The fine was yet to be announced, but Bloomberg kept the story relevant Monday in an epic long-form article that fills in a backstory on the traders accused of orchestrating the scheme, one of whom, John Edmonds, co-operated extensively with authorities to build the criminal cases pending against apparent ring-leader Mike Nowak and five other traders. Nowak’s trial is on pace for next year.

The manipulation of precious metals markets by large banking interests has been alleged at high volume by the gold bug brigade at every chance they get for as long as anyone can remember, so the coming fine (which has since been identified as being $920 million) of JP Morgan and Nowak’s coming trial are being watched very carefully. An understanding of the charges and the evidence necessary to bring them provides a fascinating window into the mechanics of the markets, the ability firms have to push them around, and the very limited ability that anyone has to stop it.

Spoofing – The Mechanics Of It

In ordinary terms, order spoofing is the practice of entering orders that a trader does not want filled, for the purposes of changing the dynamics of the market and forcing the execution of an order that a trader does want to happen at a better price than they would have gotten otherwise.

For example, a trader looking to sell 1000 gold contracts may approach a gold market bid at $1860 and offer at $1865 with a high volume of bids just below the top bid.

Momentum traders then front-run the apparent demand, grabbing available offers and moving the last price of the contract to $1862, then $1865.

One of the momentum traders grabs it…

Defenders of this practice argue that it’s simple gamesmanship. They point out that, while the orders in our example are indeed meant to move the market, they’re still live orders, available to be filled by the market, ruining the strategy. Surely, a market where orders are set in stone and couldn’t be cancelled in-session wouldn’t function. Traders need to be able to change their orders as often as they change their minds or have it changed by the market action.

The Rules Against It

But an order placed to move the market is one placed in bad faith, so the 2010 Dodd-Frank Act set rules governing order spoofing in the United States, making it unlawful for a trader to enter orders they never intended to execute. The slippery part, here, being the intent. How is one to prove what was in a trader’s heart when he put up the order?

The early attempts at prosecuting order spoofers that didn’t result in pleas brought mixed results in court. Since spoofing often occurs through algorithmic trading, the government pivoted in 2019 to bring charges against a designer of a custom piece of software, designed to place the spoof orders and execute the spoof-assisted trades. Despite the cooperation of the trader who used the algo, Navinder Sing Saro, prosecutors were unable to make charges stick to programmer Jitesh Thakkar, whose lawyers were able to secure a mistrial after convincing 2 of twelve jurors that the programmer didn’t know that the software he was paid $24,000 to build would be used to manipulate the market.

Prosecutors argued that the request to build a software that would put up orders with a value far in excess of Sarao’s bankroll, then pull them before they were filled, should have tipped Thakkar off, but couldn’t sell it to all twelve jurors. Following the high-profile trial (Sarao’s algo-based spoofing scheme apparently kicked off the 2010 Flash Crash) the government switched tactics.

Making a federal case out of it

The charges against Nowak for actions leading to JP Morgan’s $1.0 billion fine are being brought under the federal Racketeering Influenced and Corrupt Organizations (RICO) act: effectively indicating that gold bugs were right all along to call banks international criminal organizations. For the case to stick, prosecutors will have to show that Nowak and his co-conspirators were running a racket: a service that wouldn’t be needed or available if not for the actions of its providers.

The classic example is a mob protection racket, in which a business is charged a fee to be protected against the burglary or vandalism of their property, because “it would be a reeeaaaalll shaaaame if something unfortunate were to happen to it.”

It isn’t clear if the government is alleging that the spoofed orders themselves were the corollary to the executed orders that represented the racket’s payoff, or that the scheme’s existence forced traders to Morgan’s precious metals desk to stay on the right side of the scheme but, if it only cost JPM $1 billion, it might have been worth it.

Much like tax loopholes, trading strategies capable of manipulating markets are only available to entities with enough weight that it makes a difference when it’s thrown around. Fake orders have to be large enough to move the market, and open orders can be filled, so a spoofing racket in the gold market is the province of traders with considerable means. Canadian small cap markets, on the other hand, are a bit lighter and easier to move. 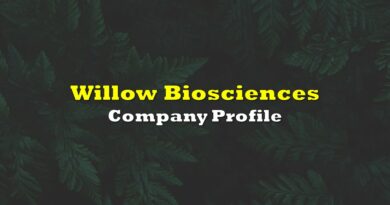 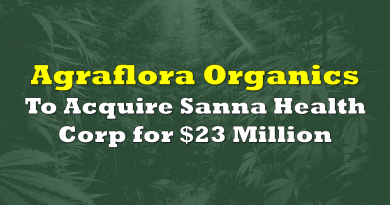 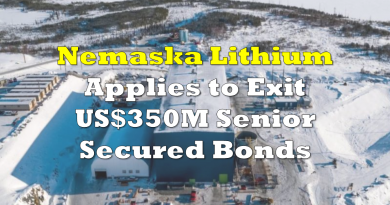