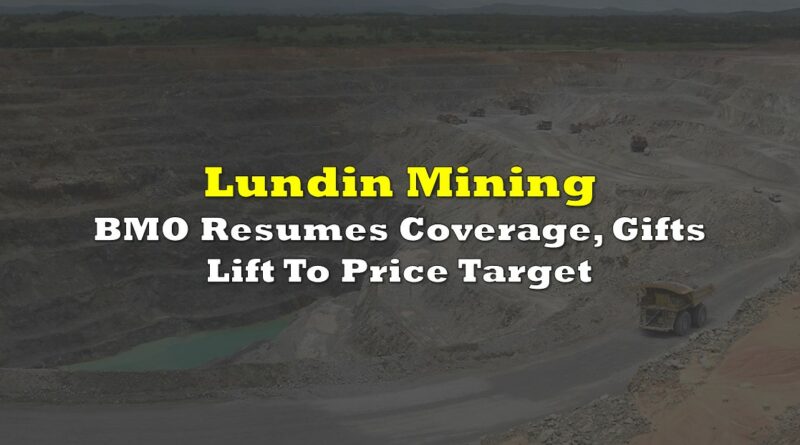 Last week Lundin Mining Corporation (TSX: LUN) announced that it closed its acquisition of Josemaria Resources and provided an update on the Josemaria project. In the announcement they write, “The Josemaria project is progressing through basic engineering with procurement of long-lead equipment, including securing key items of crushing and processing.” This comes after they received approval from the San Juan Mining Authority on their environmental social impact assessment, which they call a “significant milestone in the project’s permitting process.”

Additionally, Lundin says they will be updating the market with a new technical report for the project in the fourth quarter of 2022. They also plan on spending up to $300 million to help advance the project ahead of the construction decision, which is slated to be announced in the second half of the year.

On May 2, BMO Capital Markets resumed their coverage on Lundin Mining after a period of restriction due to their relationship with the acquisition and Josemaria Resources. In the note, they upgrade the stock from market perform to an outperform rating and raise their 12-month price target from C$15.00 to C$16.50.

They say that Lundin Mining has seen a positive shift in the recent months, and comment that Lundin is now “more of a copper-focused, growth-oriented company and away from its more defensive past,” after the Josemaria acquisition. BMO believes this is a very positive move, especially as the market is looking for longer-term copper plays. They also perceive that with Lundin’s in-country experience and technical abilities, that Lundin will be able to create “real value’ in the asset.

More specifically on the Josemaria property, BMO says that it now allows Lundin to become a first mover in the Vicuña district of Argentina. They note that the Josemaria property is also the most advanced property in this area, which on top of them developing the first infrastructure in the region, gives Lundin, “significant influence over the project economics for the other projects.”

BMO has now added Josemaria to their model. As for the acquisition cost, the firm is assuming a 70%/30% payment split, with 70% of the acquisition being in Lundin shares while 30% was cash. As a result of this, they believe Lundin issued roughly 41 million new shares in the acquisition. BMO values the mine at a net present value of US$1.9 billion, which is based on a 10% discount rate.

Though they add that the mine is expensive by historical standards, as they estimate a US$30,000/tpa copper equivalent based on a total project value of US$4.5 billion and a future annual production of 150kpa copper. At the same time they comment that the higher cost is not unexpected as all the precious metal miners are seeing cost inflation pulling their expenses up and capital intensity for projects has generally gone up in the last few years.

BMO however believes that Lundin can afford this pricy mine, saying that the company held a strong balance sheet, having recently reported net cash of US$705 million with an adjusted EBITDA of US$1.9 billion. Though they have some assumptions baked into this buildout, such as they assume Lundin will look to raise US$500 million, or 11% of the total US$4.5 billion project, through stream financing, while 50% of the funding is expected to come from debt. Translated, this would mean they expect Lundin to borrow roughly US$2.2 billion, while the remaining US$1.8 billion is expected to be funded through Lundin’s existing cash on hand and future cash generated by the company. 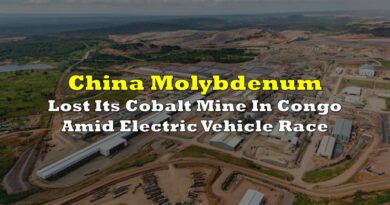 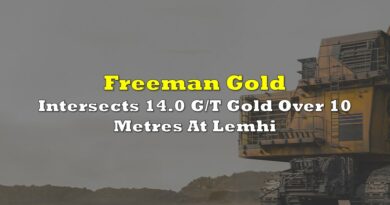 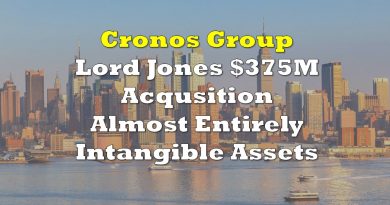