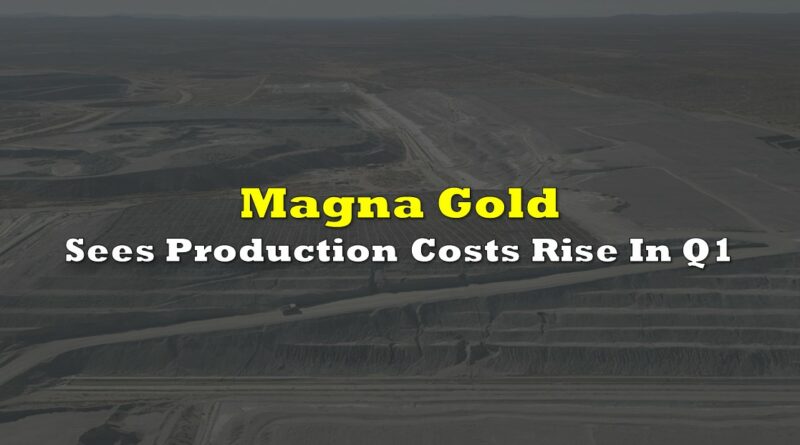 Magna Gold (TSXV: MGR) on Friday evening released its first quarter financial results. The company has seen a significant rise in the cost to produce gold, while production volumes have begun to drop rather significantly on a sequential basis.

Metal revenues for the quarter were down on a sequential basis, falling from $29.1 million in the fourth quarter of 2021, to that of $23.5 million. Revenues consisted of the sale of 12,660 ounces of gold and 6,213 ounces of silver.

Gold production for the first quarter climbed 21% on a year over year basis to 11,874 ounces. While on an annual basis this appears to be a strong result, production was down 23% on a quarter over quarter basis, from 15,499 ounces, the third such quarterly decline in production.

Cash costs per gold ounce during the quarter hit $1,675, while site-level all in sustaining costs hit $2,467 per ounce. This, despite the first quarter being the third full quarter in which production was to be at full-scale.

“I am very pleased to see the San Francisco Mine maintain a steady state of operations for three consecutive quarters now. As demonstrated by our results, strip ratio and cash cost continue to trend downwards from where we were a year ago. Gold production is in line with our operating plans and is anticipated to increase as production is expected to be back weighted in 2022,” commented CEO Arturo Bonillas.

In total, the company posted a loss from operations of $2.7 million during the three month period. When combined with financing expenses and foreign exchange loss, the firm posted an overall net loss of $3.3 million.

Perhaps more concerning for shareholders, is that the firms cash position declined from $2.1 million to just $0.3 million over the course of the quarter. Trade and other receivables inched higher, from $13.0 million to $13.3 million, while inventories fell. Collectively, the firm has total current assets of $29.4 million.

Magna Gold last traded at $0.38 on the TSX Venture. 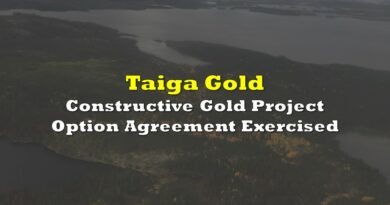 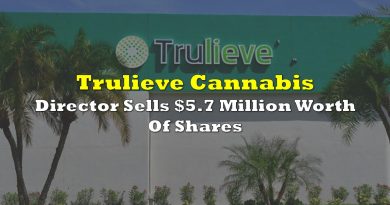 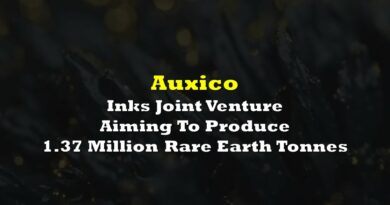