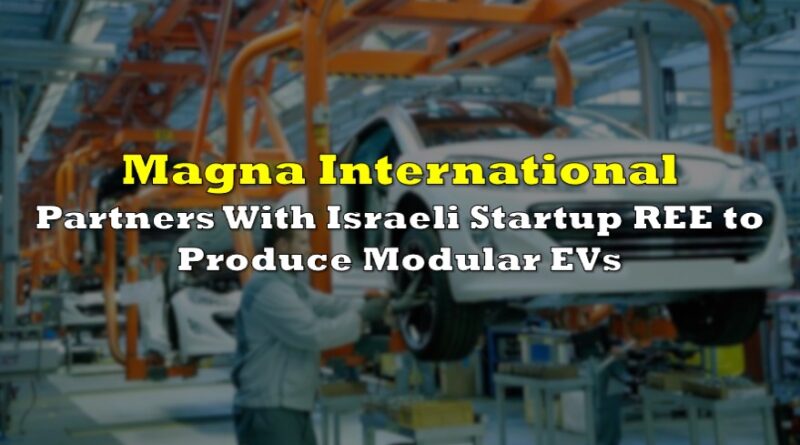 Canadian mobility technology company Magna International Inc has announced it will be collaborating with Israeli-based startup REE Automotive to build modular electric vehicles, as part of its effort to increase its presence in the EV sector.

The two companies have entered into an agreement to collectively design, engineer, and build electric vehicles utilizing REE’s platform, which can accommodate various vehicle designs. The new EVs can be assembled according to the specifications of major “global technology companies and e-mobility players,” while accelerating their entrance into the auto market.

“Many big tech companies are very much interested in creating mobility services and solutions that are global, big. But they don’t exist today,” said REE CEO Daniel Barel in an interview with Bloomberg on Sunday. “That vehicle can have any brand that the brand owner wants, but it’s powered by REE,” he continued.

The financial terms of the deal, as well as a definitive timeline or location for production was not revealed. Barel did note, however, that the two companies would divide future revenues. So far, the Israeli startup has garnered approximately 260,000 orders for new vehicles that would use the REE platform.

REE is one of many EV-related startups that has recently gone public via a special purpose acquisition compani, or SPACs. Back in February, the Israeli company joined with blank-check company 10X Capital Venture Acquisition Corp, creating a combined value of approximately $3.1 billion. Magna also participated in the deal, as it was one of the PIPE— private investment in public equity investors.

Magna, which could become a potential candidate for Apple’s self-driving car, has already entered into several partnerships with major technology companies. In 2020, the Ontario-based company created a joint venture with Korean-based LG Electronics Inc to produce EV powertrains. Then, in October of last year, Magna formed a deal with Fisker Inc to build the electric Ocean SUV at its Magna plant in Graz Austria come 2022. Magna’s stock price has risen by more 70% since its Fisker partnership announcement.

Information for this briefing was found via Magna International Inc. The author has no securities or affiliations related to this organization. Not a recommendation to buy or sell. Always do additional research and consult a professional before purchasing a security. The author holds no licenses. 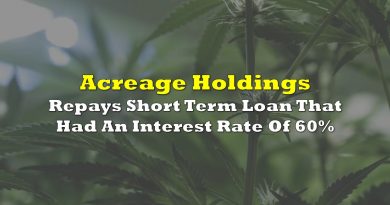 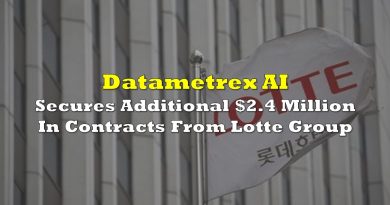 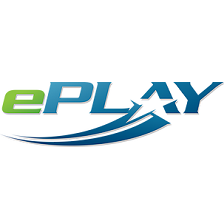