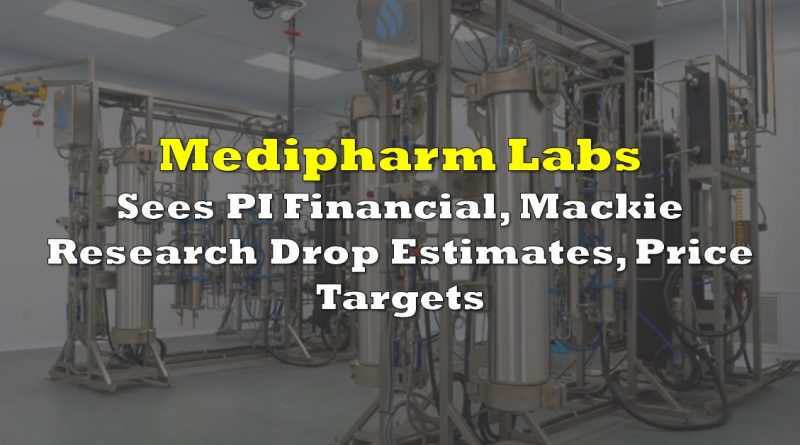 Medipharm Labs (TSX: LABS) reported Q1 2020 results on Thursday, June 18, which showed it’s revenue drop by 66% on a quarter over quarter basis and 49% year over year. Further, the company posted a negative gross profit of $10.9 million due to an inventory write-down of $12.81 million because of price compression.

The CEO was quick to make excuses by saying “the limitations of a single regulated market, with limited distribution and slow finished product roll-out, resulted in a decrease in demand for those bulk concentrates beginning in Q4 2019 and continuing to today.” and “The significant challenges experienced in the Canadian B2B market were further exacerbated by the impact of the COVID-19 pandemic, including additional delays in the anticipated expansion of retail channels in Canada, slower licensing of new cannabis derivative businesses, and delays in closing new contracted customers.”

It seems to be that the retail investors and analysts alike are calling the bluff as Medipharm Labs is down 20% week-to-date, and the very few analysts who cover this stock have all decreased their price targets while simultaneously cutting the earnings outlook massively. The mean from 4 analysts had this quarter revenue coming in at $22.99m based on Reuters data, and significantly off of actual realized revenues. The resulting notes each analyst has posted have quickly changed the mean revenue estimate from $187m three months ago for FY20 to $54.5m, representing a ~71% decrease in revenue estimates.

PI Financial, who lowered their price target from $4.00 to $1.75, gave Medipharm Labs a neutral rating which was changed from a Buy only a few months ago. They did not have much to say other than that the price compression and oversupply of bulk oil, “will persist over the medium-term,” and they don’t believe international revenues will offset those negative impacts.

PI Financial updated their estimates, dropping their FY20 income by 57% as Medipharm has one less customer with contracted revenues from 4 in Q4’19 to 3 in Q1’20. By extension, they also went back on their FY21 estimates slashing revenue and EBITDA estimates by 47% and 57%, respectively. Finally, PI Financial highlights the need for Medipharm Labs to expand its customer base as roughly 77% of the revenue came from 3 customers.

Mackie Research also didn’t have much praise for the quarter, dropping their price target from $7 to $1.75, while giving the company a hold rating, a downgrade from Buy. Although they reiterate the same worries and disappointments that PI Financial said, they believe the finished product sales are gaining momentum as it was 13% of revenue compared to 0% last quarter.

Mackie also mentions that the sales of white label products have quickly accelerated and in the first 2.5 months of Q2’20, they have shipped double the amount they did in Q1’20, alongside with launching 11 SKUs since December. Although Mackie does not disclose their previous estimates for revenue, they say they have made adjustments, as seen below.

Information for this briefing was found via Sedar, Reuters, PI Financial, Mackie Research and MediPharm Labs. The author has no securities or affiliations related to this organization. Not a recommendation to buy or sell. Always do additional research and consult a professional before purchasing a security. The author holds no licenses. 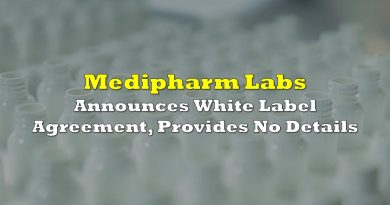 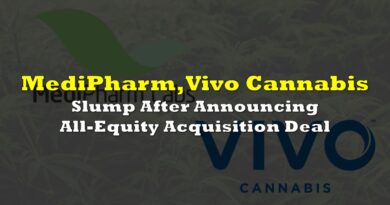 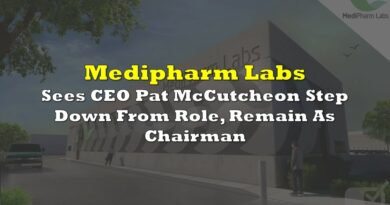