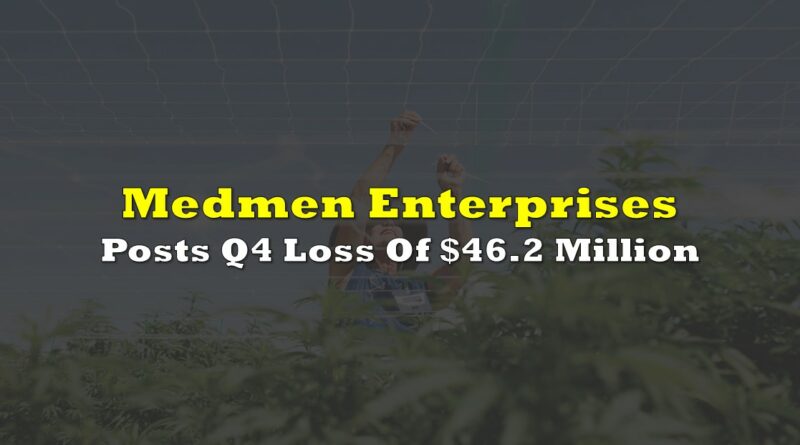 Medmen Enterprises (CSE: MMEN) last night reminded investors why Canaccord Genuity had a long standing $0.00 price target on the name. The firm reported its fourth quarter financial results, posting $42.0 million in revenue for the three month period, along with a net loss of $46.2 million.

Revenues were up 18.5% on a quarter over quarter basis, with the company pointing to Arizona as the reasoning for the improvement. Cost of goods sold meanwhile came in at $22.3 million, resulting in a gross profit of $19.7 million.

The firm however still can’t seem to get its operating expenses under control, reporting $41.4 million in expenses for the three month period. Expenses largely comprised of $33.5 million in selling, general and administrative expenses. Depreciation meanwhile amounted to a further $6.1 million in expenses, resulting in a total loss from operations of $21.7 million.

In terms of the balance sheet, the company was quick to highlight its total assets of $472.5 million as of year end, which includes $11.9 million in cash. The largest line item overall here is $137.8 million in property and equipment, followed by $115.4 million in intangible assets.

However, the company failed to identify at the same time that its liabilities currently total out at $726.1 million, meaning the firm currently has significant negative shareholder equity. Liabilities consists of liabilities for sale of $33.0 million, and other current liabilities of $142.7 million, as well as $191.1 million in notes payable, and $170.8 million in senior secured convertible credit facilities.

The firm has yet to post full financial results for the quarter.

As for Canaccord’s price target on the company, their analyst recently raised that target to $0.25 following the recent transactions conducted with Tilray (TSX: TLRY) and Serruya Private Equity.

Medmen Enterprises last traded at $0.40 on the CSE. 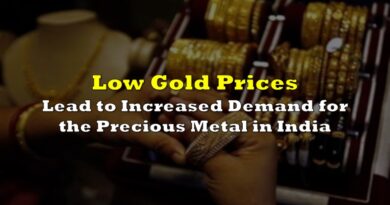 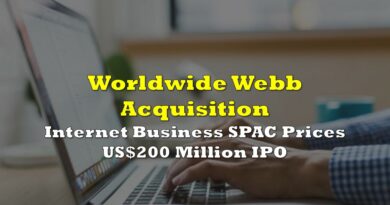 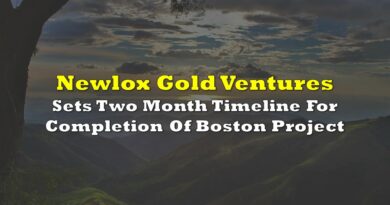