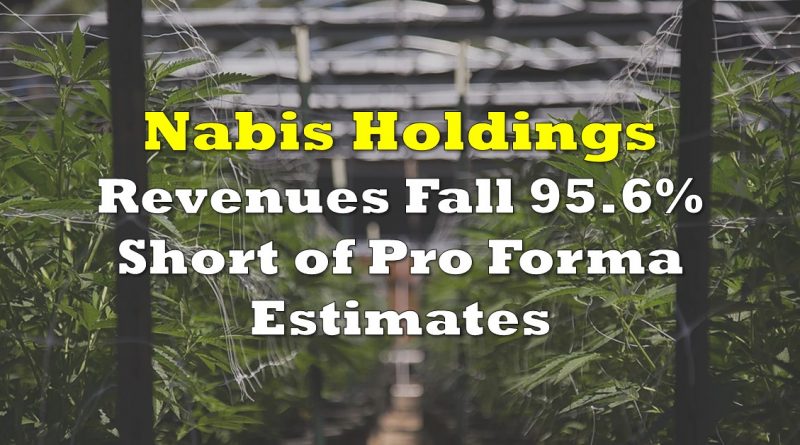 Nabis Holdings (CSE: NAB) released its fourth quarter financial results last night after the bell, posting bewildering numbers compared to prior guidance provided by the firm. Fiscal 2019 saw Nabis record a total of $644,164 in revenues for the twelve month period, which was all generated in the fourth fiscal quarter of the year.

Net loss for the period came in at $4.2 million for the quarter, while the full fiscal year saw a net loss of $17.3 million. Operating expenses during the quarter came in at $2.3 million, with selling general and administrative expenses coming in at $2.1 million.

Looking at the balance sheet, the big story is that the firm managed to reduce its cash position from that of $20.2 million to $4.7 million, however its unclear where the funds actually went off to. Net cash flows used during the quarter for operating activities amounted to $293,115. Meanwhile, investing activities accounted for $27.8 million, of which $19.4 million was attributed to intangible assets, and the vast remainder was attributed to property, plant, and equipment. Cash outflows were partially stemmed by inflows of $12.6 million via financing activities over the quarter, largely thanks to a note payable.

Outside of cash, prepaid expenses was the biggest change in terms of current assets, decreasing from $3.2 million to $0.7 million. Total current assets decreased from $23.6 million to $6.5 million over the three month period.

Liabilities increased significantly over the quarter, with trade payables increasing to $1.3 million from $0.5 million, and the addition of a note payable of $10.5 million related to an acquisition. Current liabilities ballooned from $4.1 million to $15.6 million during the quarter.

Lets address the elephant in the room here however. Nabis managed to recognize revenue of $0.6 million during fiscal 2019. This is a decrease of approximately 95.64% from estimates provided in the firms June 2019 presentation deck, wherein they estimated 2019 would see revenues of approximately C$14.8 million. The firm also predicted EBITDA of $4.1 million for the year – which simply is out of the question.

These estimates were based on the company acquiring assets in Washington, Arizona, and Michigan – which it appears it has. Further, the revenue generated in FY19 came only from the Arizona assets, which was for a period of 21 days. Arizona wasn’t intended to be the darling of the company – Michigan was. Given that the pro forma was provided just six months ago, how could these figures be so far off? 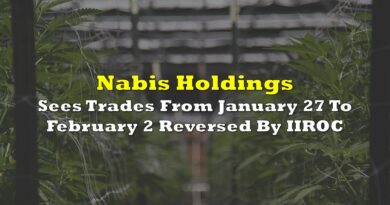 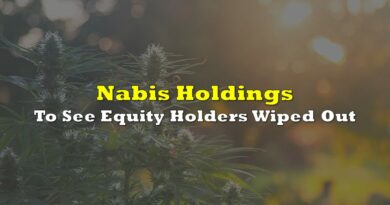